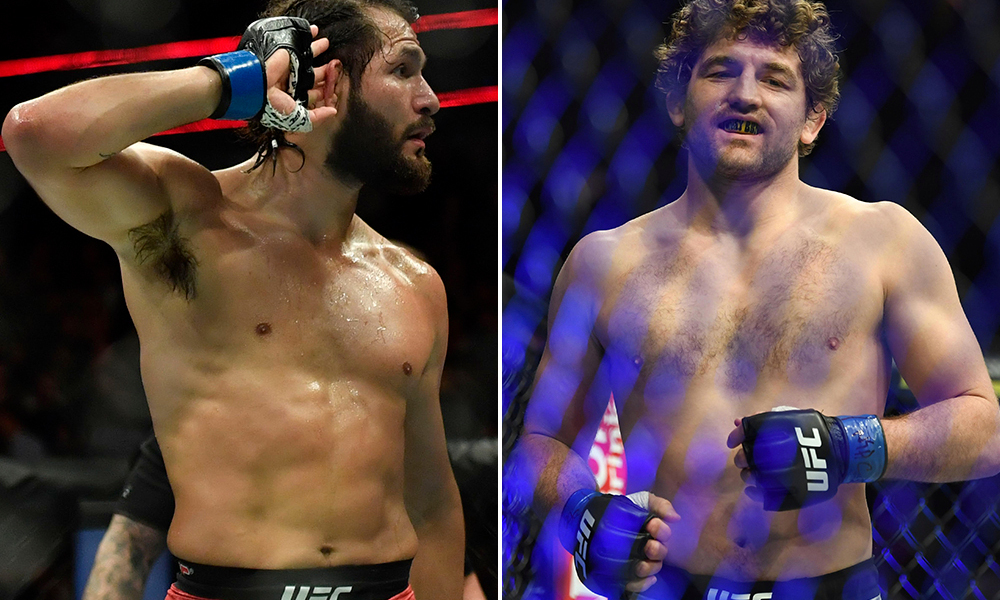 Jorge Masvidal can’t support his former opponent Ben Askren in his fight against Jake Paul this weekend at the Mercedes Benz Stadium in Atlanta, Georgia.

This will be Ben Askren’s debut in the professional boxing world as he takes on Jake Paul who is 2-0. Ben Askren retired from the sport, after suffering a submission loss to Demian Maia at UFC Singapore in October of 2019. Prior to that, he suffered a brutal KO loss to Jorge Masvidal. His run in the UFC wasn’t like the one he had in ONE Championship and Bellator MMA. 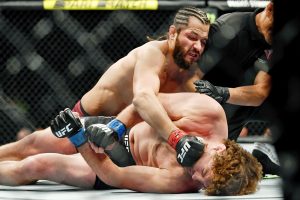 While the MMA community is riding behind Ben Askren, it isn’t the case for Jorge Masvidal.

Why is Jorge Masvidal against Ben Askren?

Speaking on JD Bunkis on “Good Show,” Masvidal reveals the reason behind him not supporting Ben Askren.

“I never felt that Ben Askren was fully involved in (MMA). Joe (Rogan) said himself, ‘He’s so good at wrestling that he doesn’t need anything else. It’s like your fighting two guys at once. It’s like you’re grappling two guys at once.’ Something like that. And Ben carried that his whole career like, ‘I don’t care if he’s a striker, I don’t need to strike. Yeah, I know my striking is limited so I can just wrestle this guy and dry hump him for three rounds.’ I’m not going to get behind that guy all of a sudden now,” Jorge Masvidal said.

“He’s not a striker. He’s never been, he wasn’t born with it, and he didn’t pursue it either. You don’t have to be born with it, but you could have pursued it and learned techniques. This guy can’t even hold his hands up properly, his core, the way he stands, everything about him tells me, yeah, his interviews were right. He wasn’t trying to troll and clown. He really disrespected striking the whole way through. Do you think I really want to get behind a guy like this? You don’t have to take my word for this. Whoever’s listening to this can listen to any interviews with him three or four years ago. That’s like me going into MMA and saying, ‘F*ck this wrestling because I don’t need to wrestle,  I can just knock these guys out.’ And maybe I do knock some of these guys out. But then if I get outwrestled what do I say?” continued Jorge Masvidal.

“That’s what I feel like with Ben. I can’t get behind him. You were never a striker. The only reason you got granted this was because I made you famous in five seconds or less, so now people want to see you get hurt again, and Jake Paul picked the perfect opponent for me to do it. This guy can’t generate any power with his hands,” Jorge Masvidal said. “Is Ben tough? Yeah, he’s tough as hell. He’ll take a beating, he’ll run four miles and then do a triathlon. He’s tough, he’s got the mental toughness. But the skillset that is required for boxing, the time, the preparation, all this stuff? No, and he’s always disrespected it. I don’t feel that he’s a representation of MMA. He’s his own f*cking entity and he doesn’t believe in MMA. He believes he can only wrestling with everybody. Now you can’t wrestle. Now you can only box. I guess you need the money that bad.”