Jorge Masvidal reveals he puts Colby through ‘trauma’ in training 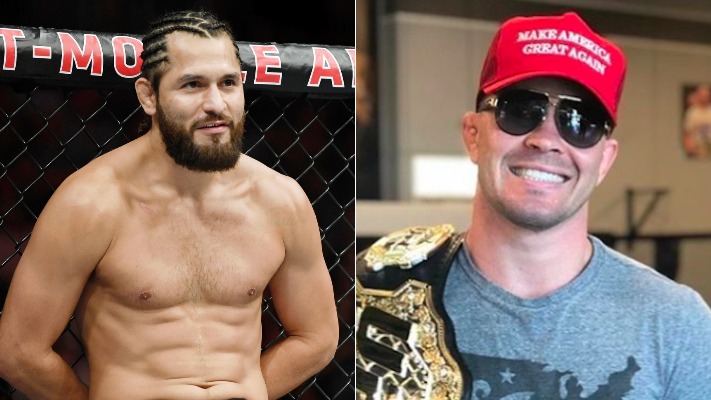 Jorge Masvidal’s popularity is at an all-time high with his recent TKO victory over Nate Diaz at UFC 244 which took place at the Madison Square Garden in New York City.

He has had a tremendous 2019. He started his campaign earlier this year at UFC London where he knocked out Darren Till. He then delivered one of the most memorable KOs of 2019 when he kneed Ben Askren to the face at UFC 238. The fight ended in just 5 seconds, thus being one of the fastest KOs in the UFC and now his most recent victory over Diaz where he won the BMF belt.

Now, he is planning for his future fights and although Colby Covington and Kamaru Usman are all set to battle each other at the T-Mobile Arena later this month, neither fighter has been able to impress him. 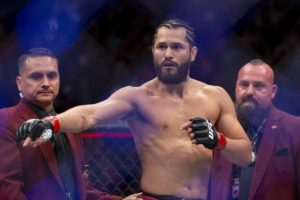 Masvidal and Covington have been friends and training partner for a long time and that relationship has changed and now both fighters are fierce rivals. A future fight with Covington could do huge business because of their backstory. Colby Covington has over the years risen through the ranks to become one of the best fighters in the welterweight division and his recent dominant performance over Robbie Lawler was evidence of that, but it still wasn’t able to convince Masvidal.

“In some aspects, yeah, he threw 500 punches but he never hurt Robbie once. If you’re just doing this cause you got the guy tired from wrestling, I don’t give it credit,” Masvidal said. “Like they always say, it’s so cliché but there’s levels to this. There’s a reason why Colby wouldn’t want the fight. If he could pick guys, he wouldn’t want the fight. There’s a reason why he’s saying we weren’t talking for a year and a half ‘he’s my best friend,’ he was just saying that four weeks ago, five weeks ago that I was his best friend and now all of a sudden I’m his mortal enemy?

“The guy has his wires crossed, especially when it comes to me. He got to train with me a little bit so you can imagine the trauma I put him through.”

“I think there’s some things he does well, which is kind of stall. He just gets to a leg and takes guys down. I’m a fan of grappling but I like to see grappling offensively.

“He can’t kick nothing. It’s like me saying there’s a MMA guy that’s a great, great boxer technique-wise, nah, it’s like he’s a great boxer for MMA. Maybe Usman’s a good kicker for YMCA, the public club, but he’s not kicking me. The guy would never land a kick on me.”

In some ways Masvidal is right, he is now a much bigger name than both Covington and Usman and therefore he considers himself to be on a whole another level.

“I got into this sport to separate myself from the pack and beat the crap out of guys. Those guys don’t do it,” Masvidal said. “What I did this year, I got three stoppages. They haven’t done that their whole career.

“This is math speaking, this is not opinion. You can look it up. What I’ve done this year, they haven’t done their whole careers.” (h/t – MMAFighting.com)