Jorge Masvidal reveals secret of longevity in the fight game 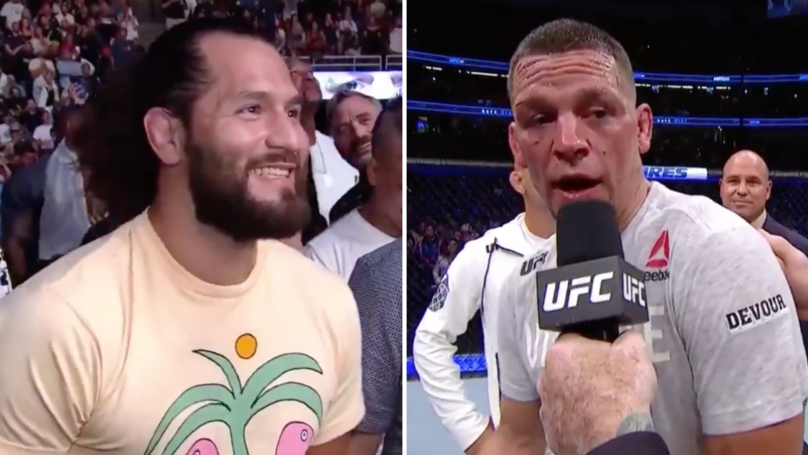 Nate Diaz made his Octagon return after three long years and defeated former lightweight champion Anthony Pettis via unanimous decision at the co-main event of UFC 241 in Anaheim, California.

Following his victory, Diaz called out the ‘East Coast Gangster’ Jorge Masvidal for a fight next. 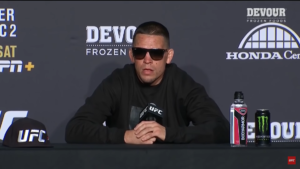 During the media day at the American Top Team gym, Masvidal was asked the reason behind Nate Diaz’s callout. Masvidal said that his best guess was the lack of steroid use.

“Like Nate, I’ve never used steroids,” Masvidal said. “I don’t think that dude has either. I don’t live with him, so I don’t know. But his body hasn’t really changed. He gets in better shape. Some fights, maybe he didn’t take it as seriously and wasn’t in crazy shape.

“This what you see here is natural, God given, hard work abilities,” Masvidal said. “Ain’t no (expletive) bottles, injections in my ass, (or) ‘Two years I was really good. I won a (expletive) belt. Then when USADA came in, don’t nobody knew where the (expletive) I’m at. Nobody seen me.’

“I’m still here. I beat Till – that’s a young bull (at) 25 or something like that. Kid is a stud. I beat him, man. They put me up with Ben because they said it’d be a bad fight matchup for me. Murdered him, you know?

Do you guys agree with Jorge Masvidal?

Previous articleGreg Hardy wants to go the full three rounds with next opponent
Next articleBellator: Bellator in discussion with Cris Cyborg’s agent after UFC free agency