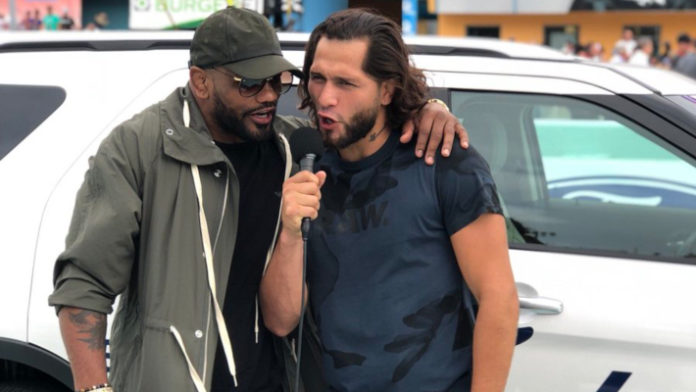 Jorge Masvidal has already made clear that he wants the title shot next. However, if there was any doubt left he plans to get rid of them by using his training partner Yoel Romero.

Ever since Masvidal stunned the world with his KO of Ben Askren, he has been trying to bypass others in line for a title shot. His next safe bid was for a money fight with McGregor. However, Dana White straight out refused his claim to fight McGregor. Hence, the Miami based fighter has now turned his full attention to get his title shot.

Masvidal threatened Dana White that unless he gets his title shot next he would unleash his long time training fighter Yoel Romero upon him.

@danawhite better give me my shot or I’m sending @YoelRomeroMMA to help him make the right decision #supernecessary https://t.co/tSp0ozfc8l

“@danawhite better give me my shot or I’m sending @YoelRomeroMMA to help him make the right decision #supernecessary,” Masvidal posted on Thursday evening

Masvidal is currently ranked #3 in the UFC welterweight ranking behind Tyron Woodley and Colby Covington. The former interim champ is due to fight Robbie Lawler next month. Provided he wins the fight he will be the most appropriate choice for a title contender.

Leon Edwards is also riding a hot 7 fight winning streak. He is himself busy fighting Rafael Dos Anjos this weekend.

Given the circumstances and the hype behind Masvidal, it wouldn’t be very surprising if he gets the title shot next. The way he has ressurected his career is nothing short of amazing. From being on a two fight losing skid, Masvidal has successfully grabbed the attention of the entire MMA community this year.