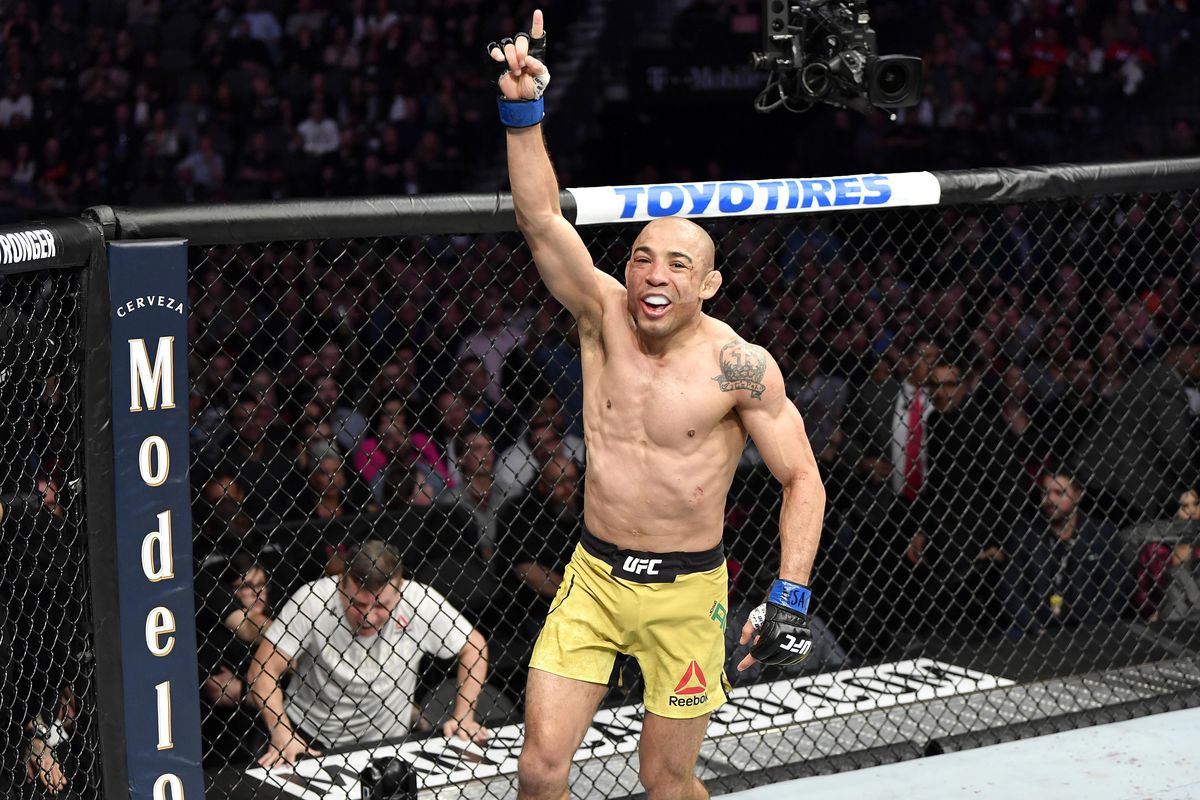 Jose Aldo has finally opened up about his TKO loss to Petr Yan at UFC 251 last month. Jose Aldo was performing well at the beginning of the fight, but the Russian started snatching up the round from Aldo as the fight progressed. 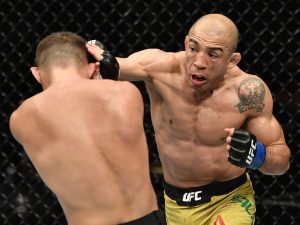 Yan landed a staggering 194 significant strikes, which was the highest in the bantamweight division in a single division.

Jose Aldo opens up about his stoppage loss

Fans criticised the referee for stopping the fight late, but Jose Aldo has opened up about his stoppage loss.

“The referee was great, man – excellent work by the referee,” Aldo said. “It’s hard to think about stopping a title fight. If he stopped it early, everyone would talk about it. I wasn’t out at any moment. I went down and was trying to recover. Everyone who gets in there, or those who have been knocked down before, knows how the body reacts. You get slower, that’s a fact. Fighters who say it should have been stopped earlier are just kidding themselves. You get slower, you try to move, but it’s completely different.

“To me, the referee did an excellent job. Getting punched once or twice more won’t make any difference in your life. You’re willing to do it. What if the referee doesn’t stop it there, I recover and land a good one that knocks him out? Every referee goes to our locker room before the fight to go over the rules, and I always tell them to not stop the fight, only if I have no reaction. As long as I’m fighting, let me in there. It’s part of the sport.”

Even if Jose Aldo lost his fight against Petr Yan last month, he is proud of his performance.

“We fought smart for two rounds,” Aldo said. “When I came back to the fourth, I don’t know why I changed my strategy again. I should have kept it, controlling the distance, but it’s his merit for imposing his rhythm, coming forward and controlling until the fifth. We thought about fighting [the way I did in round one], but he connected a good punch, and I went down and stayed there for a while trying to recover and couldn’t fight until the end.

“But, like I said, I’m very happy,” Aldo added. “I was able to land kicks, I was able to land punches. I think I should have done more combinations with my hands. I think it was a good performance regardless. I think it’s more of his merits for being able to neutralize some areas we had in mind than me not doing something.” (H/T BJPenn.com)

Who do you guys want to see Jose Aldo fight next?