Jose Aldo might have declared his intentions to hang up his gloves at the end of the year, but his career has received a huge boost recently. While he will continue with his plans to retire, he is now Number 3 in the MMA Featherweight rankings. He is set to fight next against Alex Volkanovski at UFC 237. 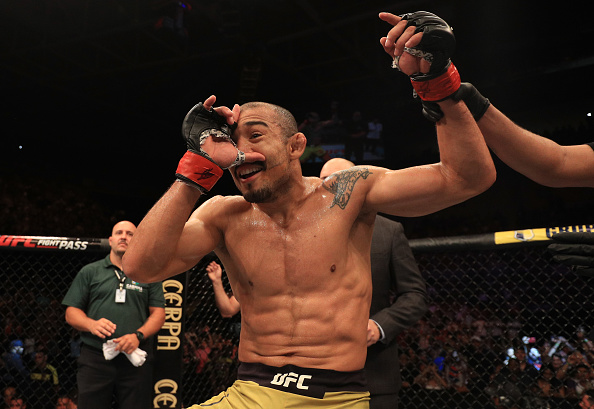 In his last two fights, Jose Aldo holds the impressive record of two TKO victories. The fighters were not just any other Featherweight fighter, but Jeremy Stephens and Renato Moicano. Aldo has also expressed his intentions to not take a title match no matter what. His reasoning was that if he won the title he would be expected to defend it until he lost, and he was not prepared to do that.

Alex Volkanovski is ranked at number 5 in the rankings and is not just any other fighter. He currently has a 16-fight winning streak, which is impressive to say the least. Volkanovski got the biggest win of his career in the last fight he took part in. In that fight, he was able to take out Chad Mendes. Given that win, he will be coming in with a lot of momentum.