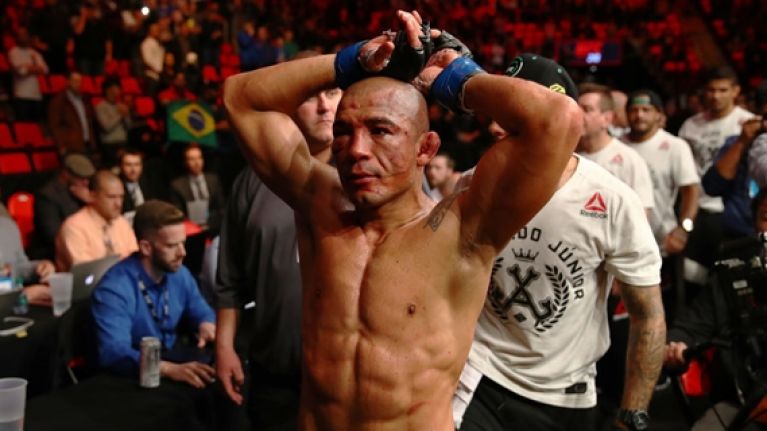 Former two-time UFC featherweight champion got things back on track in his last fight with a brutal first round knockout of a dangerous Jeremy Stephens courtesy of a crushing liver shot back in July.

Aldo came into the fight with his back against the wall with back-to-back third round TKO losses against current champ Max Holloway. Even though Aldo was able to walk with a victory in his last fight, the light at the end of tunnel is certainly diminishing for the legend. Aldo’s coach Andre Pederneiras revealed that 2019 would be the last year in the illustrious career of Aldo where he intends to fight three times. 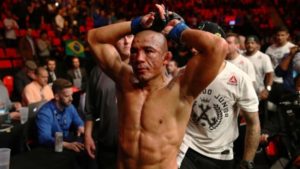 “Like (Aldo) said, he has three fights in his contract,” Pederneiras said. “He intends to do all three this year, to finish his contract. So if you start piling up this training load right at the beginning of the year, that will hurt you for your next fights until the end of the year.”

Aldo has been campaigning for a rematch against former double champ and arch rival ‘The Notorious’ Conor McGregor ever since however Aldo believes fighting for the title does not make appeal to him much. Aldo further concluded that he would love to hang up the gloves in his home country of Brazil.

“I want to close out my career in Brazil,” Aldo said. “That’s what we planned with ‘Dede.’ I intend to fight in, May, too, and then close it out in the second semester, because I know there will be another event in Brazil. And (the UFC) already knows that.

“So there’s no reason to aim for a title fight. But you can be sure, I’ll be a problem for anyone who gets in front of me. Because I will win these three fights, you can be sure.”

Aldo will co-headline the UFC on ESPN +2 card against another Brazilian prospect Renato Moicano on February 2.