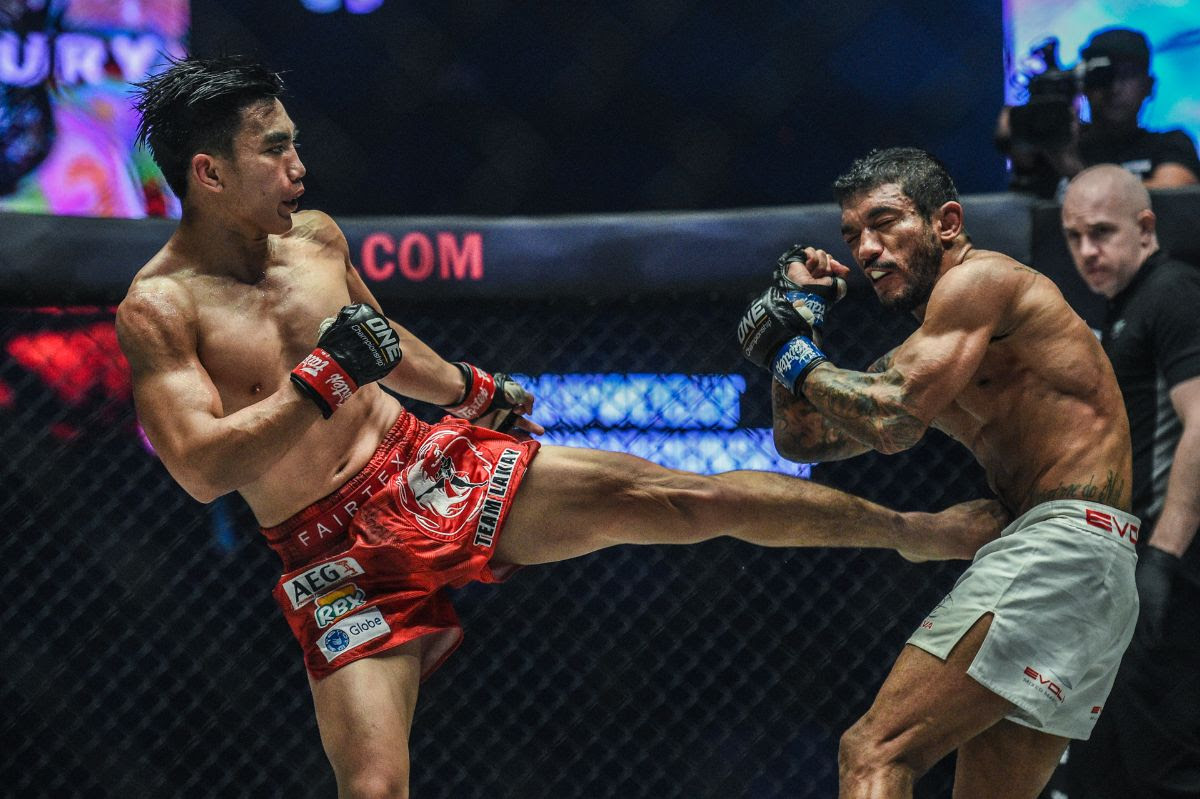 The largest global sports media property in Asian history, ONE Championship™ (ONE), made its first appearance at the Mall of Asia Arena in Manila in 2020 with ONE: FIRE & FURY. Once again, the absolute best in world-class martial arts talent came out to showcase their incredible skills.

In the main event, reigning ONE Strawweight World Champion Joshua “The Passion” Pacio of the Philippines survived the methodical grappling of former ONE World Champion Alex “Little Rock” Silva of Brazil to win by razor-thin split decision after five rounds.

Silva would spend the majority of the contest hunting Pacio for the takedown, at times pulling guard to bring matters to the ground where he held the advantage. Pacio, however, would exhibit stellar submission defense, and often was able to get back up to his feet. In the standup, Pacio shined, peppering Silva with pinpoint accurate combinations. In the end, Pacio did just enough to earn the decision on the scorecards.

In the co-main event of the evening, the Netherlands’ Pieter “The Archangel” Buist shocked the partisan Filipino crowd as he defeated 2-time ONE Lightweight World Champion Eduard “Landslide” Folayang after three rounds of a close battle. Buist’s length proved problematic early for Folayang, as the Filipino found difficulty in gauging his opponent’s range. Action was fierce by the second round, and Buist was starting to hit the mark. “The Archangel” connected on a thudding head kick in the final round, visibly stunning Folayang. In the end, two of three judges saw the bout in favor of Buist who took home a split decision for his efforts. 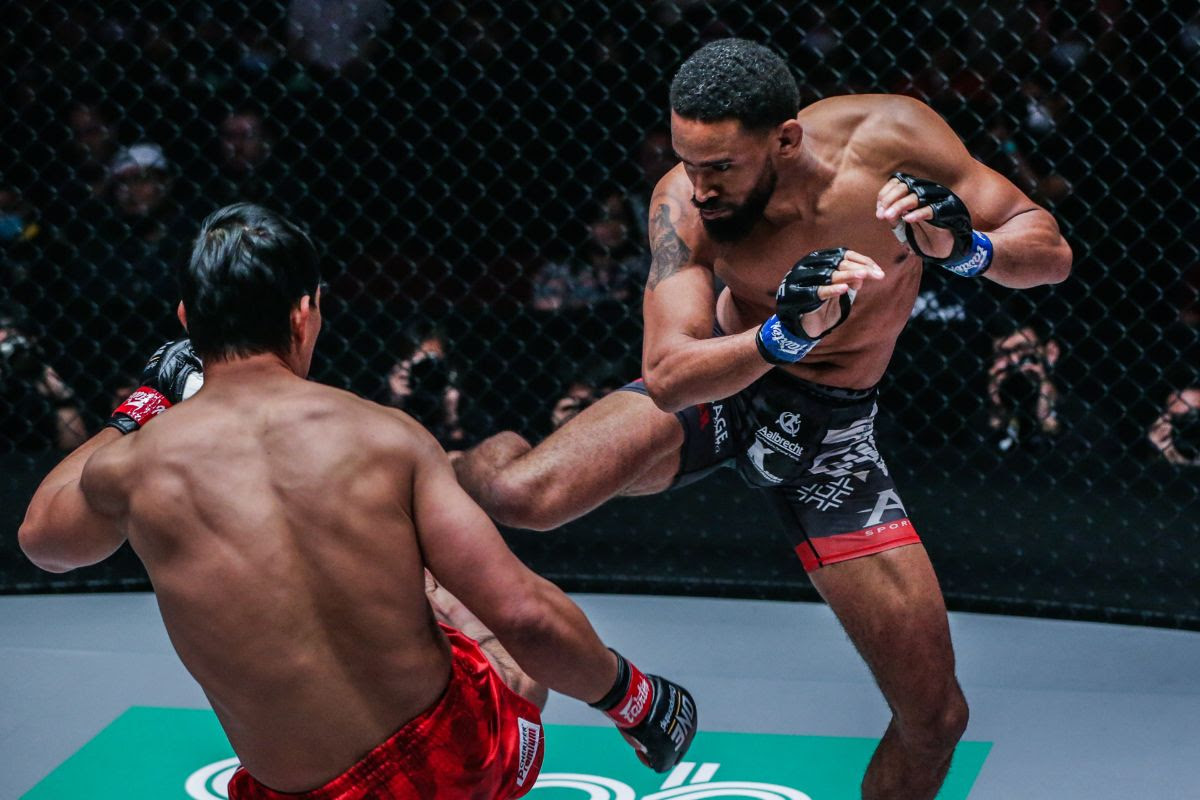 Former ONE World Title challenger Danny “The King” Kingad of the Philippines overcame a spirited effort from Chinese foe “The Hunter” Xie Wei to claim victory after three rounds. It was a close bout all throughout, with Xie putting the pressure on Kingad, who opted to lay back and counter. Although both men showed their best offense as they met each other at the center of the ONE Circle, it was Kingad who exhibited more poise and control. In the end, Kingad did just enough to capture the judges scorecards for the unanimous decision verdict. 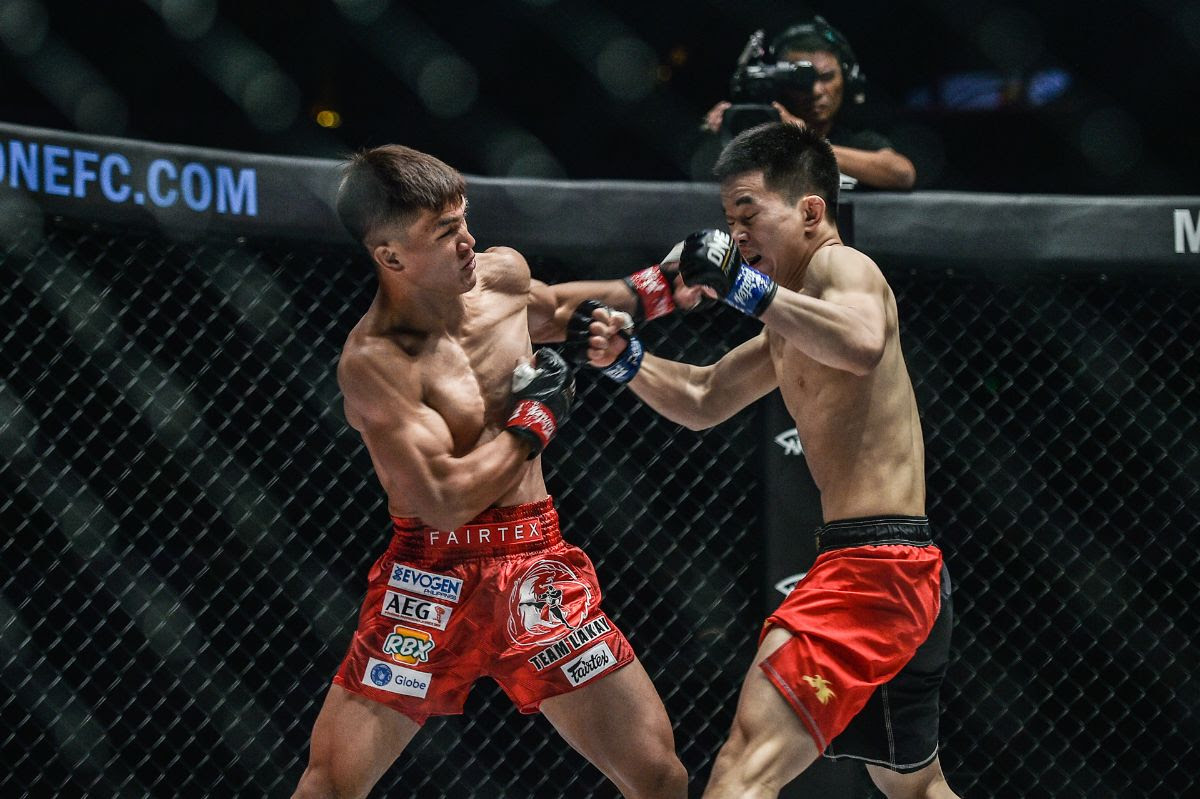 In a ONE Super Series Muay Thai bout, former ONE Flyweight Kickboxing World Champion Petchdam “The Baby Shark” Petchyindee Academy outlasted WBC Muay Thai International Champion Momotaro of Japan to win by majority decision over three rounds. Momotaro came out of the gates with his usual fast pace, bringing the heat to Petchdam in the first frame. Round two was close, as both men put forth their best combinations. In the final round, Petchdam unleashed his signature body kicks to swing the decision in his favor.

Former Shooto Bantamweight World Champion Shoko Sato of Japan notched a scintillating submission victory at the hands of top Korean mixed martial arts prospect “Pretty Boy” Kwon Won Il. Action started out fast-paced, behind a pair of sharp left jabs from the Korean. It didn’t take long however for the two men to engage in a clinch against the Circle wall. From there, Sato swept Kwon and immediately latched onto his back to fish for the rear naked choke. With the hold secured, Kwon had no choice but to tap.

Japan’s Tatsumitsu “The Sweeper” Wada dominated opponent Ivanildo “Monstrinho” Delfino of Brazil over three rounds to bag an impressive victory in front of Manila’s passionate martial arts fans. Wada was aggressive from start to finish, pouncing on every opening while keeping Delfino on the back foot. As Delfino looked to take matters to the ground, Wada showcased impeccable defense, impressing judges with his relentlessness. In the end, all three judges scored the bout in favor of Wada to win by unanimous decision.

In a ONE Super Series Muay Thai bout, atomweights Alma Juniku of Australia and Anne Line Hogstad of Norway delighted the packed Mall of Asia Arena crowd with an exciting battle between top female striking talents. Juniku pushed the action in the early going, but Hogstad was right there to meet her at the center of the ONE Circle. In the third round, Hogstad pounded Juniku with elbows and kicks, and ended the match with more activity. In the end, Hogstad managed to emerge with a majority decision.

In another thunderous performance, Team Lakay’s Lito “Thunder Kid” Adiwang of the Philippines authored yet another breathtaking performance, making quick work of opponent Pongsiri “The Smiling Assassin” Mitsatit of Thailand. After a brief gauge of distance, Adiwang abruptly closed the gap, blasting Mitsatit with a plethora of thudding power punches. An overwhelmed Mitsatit tried his best to cover up against the fence, but Adiwang would get close enough to stick a bodylock takedown. On the mat, Adiwang swiftly transitioned into a scarf-hold, where he then caught Mitsatit in a kimura to force the tap.

The Philippines’ Gina “Conviction” Iniong made a triumphant return to professional mixed martial arts competition, outstriking Asha “Knockout Queen” Roka of India across three close rounds. Although Roka stood right in front of Iniong hunting for a knockout for the majority of the bout, it was Iniong who beat her constantly to the punch. In the end, all three judges scored the bout in favor of Iniong to win by unanimous decision.

In a ONE Super Series Muay Thai contest, Thailand’s Rodlek PK.Saenchaimuaythaigym turned in a rousing performance, going strike-for-strike with Scotland’s Chris Shaw, with the CH7 Muay Thai World Champion showcasing the full breadth of his skills over the course of three rounds. Behind a steady stream of powerful kicks, Rodlek kept Shaw constantly weary on the defensive end. In the third round, the Thai warrior dropped the Scotsman with a hook just before the final bell to seal the victory. All three judges scored the bout in favor of Rodlek to win by unanimous decision.

*The mixed martial arts atomweight bout between Jomary “The Zamboanginian Fighter” Torres of the Philippines and Jenny “Lady GoGo” Huang of Chinese Taipei ended in a No Contest (NC) ruling after a series of accidental strikes.