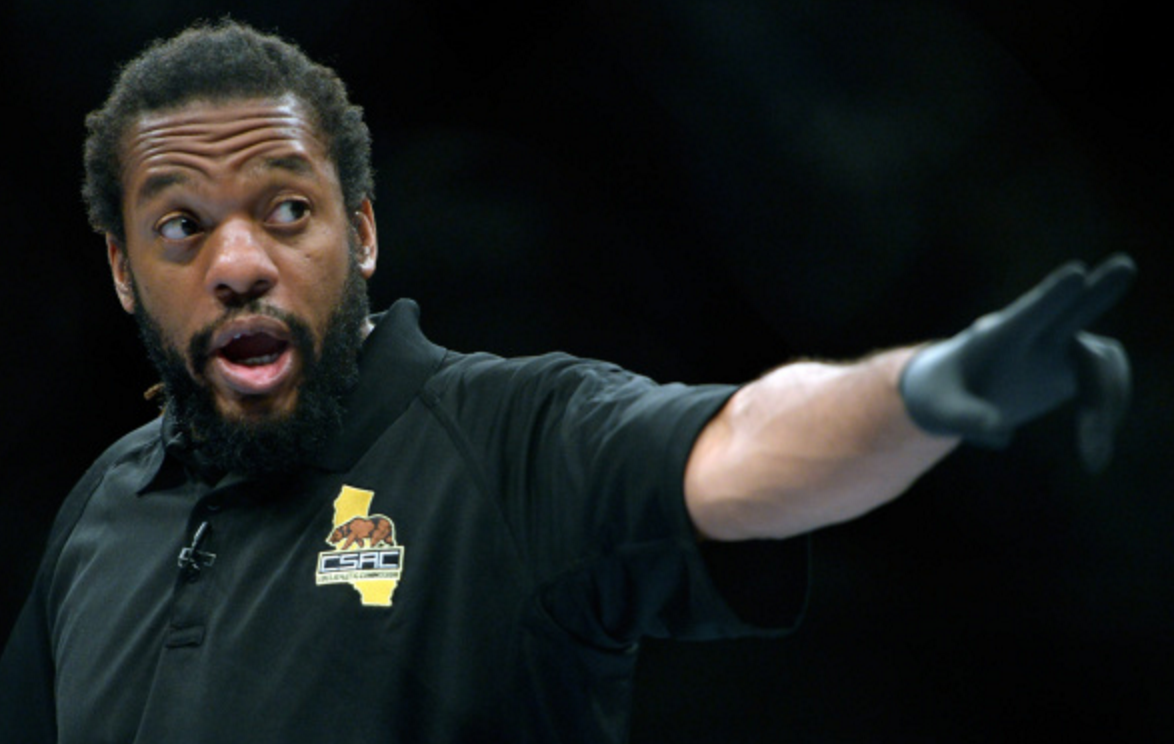 Herb Dean will serve as the referee for the featherweight championship showdown between Cristiane Justino and Holly Holm at UFC 219.
Dean was unanimous chosen as the official for the bout during a Nevada Athletic Commission meeting on Tuesday. The veteran referee will be paid $1,800 for his work. Meanwhile, Derek Cleary, Dave Hagen and Chris Lee will score the 145-pound contest from cageside. The three judges will earn $1,500 apiece.
UFC 219 takes place at the T-Mobile Arena in Las Vegas on Dec. 31. The evening’s main card airs on pay-per-view.
“Cyborg” captured the vacant featherweight crown with a third-round technical knockout of Tonya Evinger at UFC 214 on July 29. The Brazilian is 3-0 during her tenure with the Las Vegas-based promotion.
Holm ended a three-bout skid at UFC Fight Night 111 when she knocked out Bethe Correia with a head kick and follow-up punches 1:09 into the third round of the event’s headliner. The Jackson-Wink MMA standout became a star when she knocked out Ronda Rousey to claim the 135-pound gold at UFC 193.