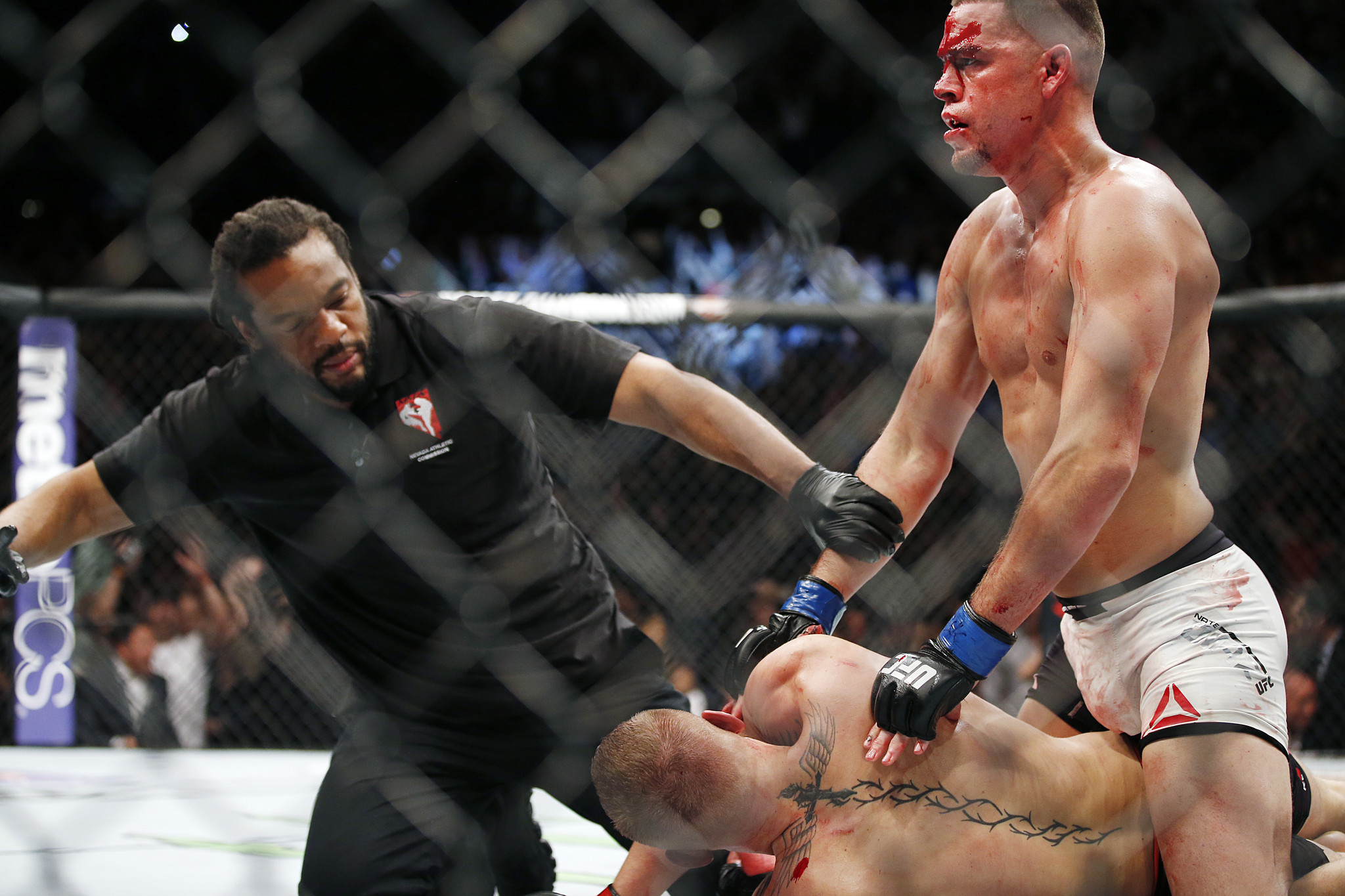 The biggest fight in the history of UFC between Lightweight champion Khabib Nurmagomedov and Conor McGregor is just 10 days away and is scheduled to take place in Las Vegas, Nevada on Oct.6.

The press conference took place last week and drama and trash talking that took place during the New York press conference has generated a lot of hype. The tickets have been sold out, and according to UFC president Dana White, the PPV numbers are already over 2.5 Million buys.

The judges and referee have also been selected for the Khabib Nurmagomedov vs. Conor McGregor grudge match.

According to MMAFighting, Herb Dean has been chosen by unanimous vote by Nevada State Athletic Commission (NSAC) on Tuesday, which also named Derek Cleary, Sal D’Amato, and Junichiro Kamijo as cageside judges.

Herb Dean has refereed Conor McGregor’s five previous bouts and the last time he was the referee for a McGregor fight was during UFC 196, where he lost his fight via submission to Nate Diaz.

Dean has received criticism over the years by fighters and MMA fans for stopping fights late which has resulted in fighters taking extra substantial damages. The latest is this list is CB Dollaway, who fought a few weeks back in UFC Moscow and getting bested by the Russian newcomer as the second round came to the close. Dollaway admitted that he didn’t want to continue fighting despite Dean’s directing.

Whether you agree with Herb Dean being the referee for this fight or not, one thing is clear, we are going to see a war without being constantly interrupted by the referee.

UFC: Carlos Condit vs. Michael Chiesa in the works for UFC 232 in December