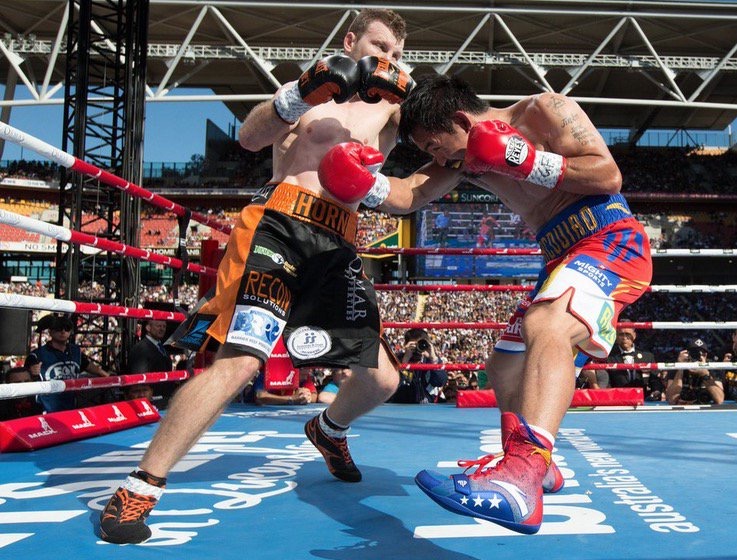 The Battle of Brisbane ended with a decision which has set social media ablaze as Jeff Horn managed to nudge out Manny Pacquiao on the judges score cards  117-111,115-113,115-113 over 12 rounds after being in danger of having the fight stopped after the 9th round when the referee went to Jeff’s corner and told him ‘I’m here to protect you, if i don’t see something then i’m stopping it’. Jeff seemed to take the referee’s words seriously as he came out full steam ahead, determined not to let the referee stop the fight.

Everyone agreed on one thing though, Jeff Horn put up a much better fight than everyone expected from him, he showed great heart and talent and he used his bigger body to great affect, as Manny witnessed with two head butts which had him cut at his hairline,as well as some elbows and quite a few neck grabs.

Manny was gracious in defeat as he said he was a professional and respected the judges decision and was ready to come back for a rematch with Jeff Horn.

Jeff Horn topped off a great night for himself by announcing that he and his wife were also expecting their first child together.

We wish him all the best and look forward to Pacquiao vs Horn part 2.