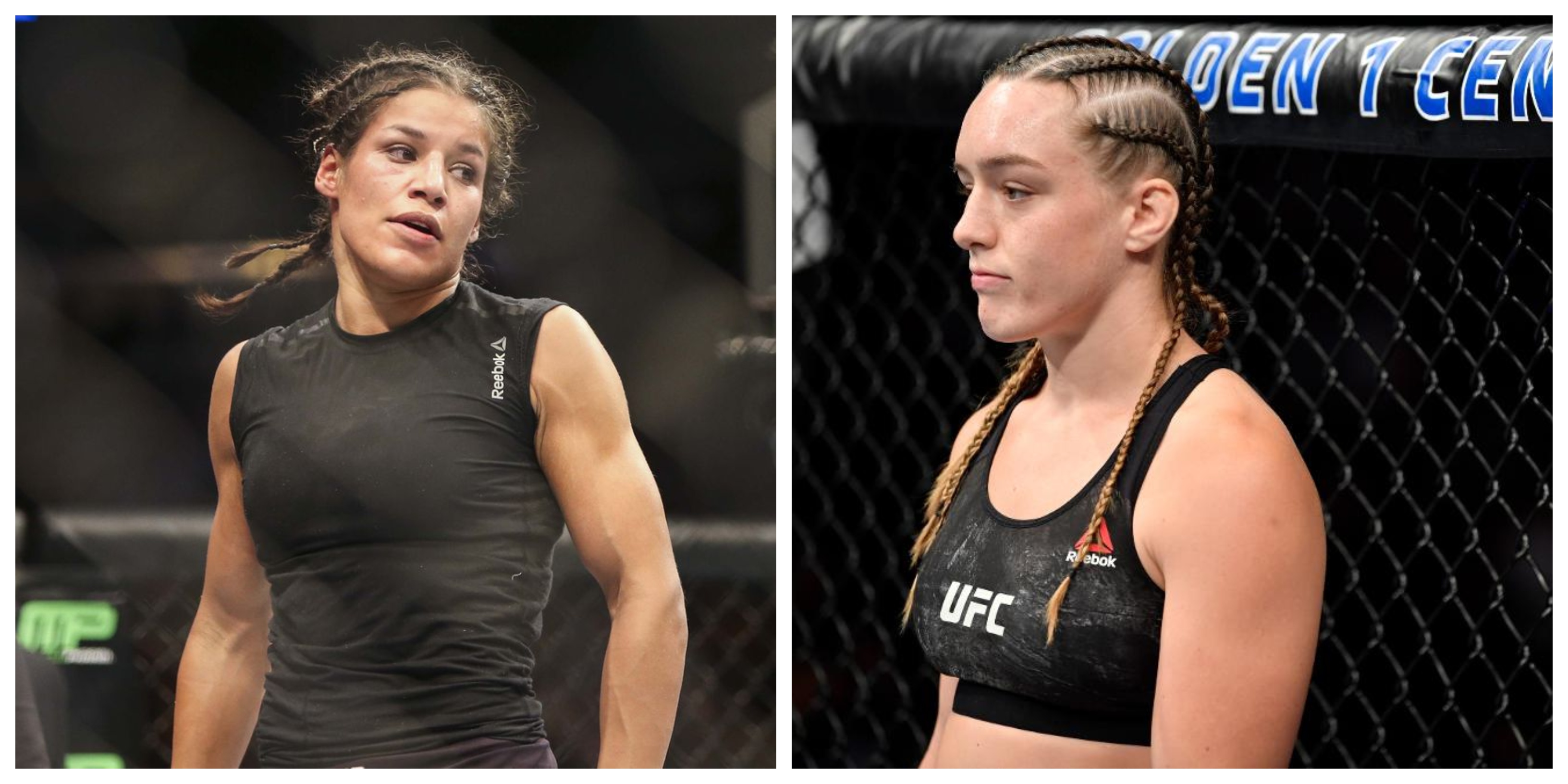 UFC is targeting a bantamweight fight between Aspen Ladd and Julianna Peña for UFC on ESPN 8. The card takes place on Mar. 28th at the Nationwide Arena in Columbus, Ohio. The event will be headlined by a highly anticipated heavyweight bout between Francis Ngannou and Jairzinho Rozenstruik.

The contracts are yet to be signed by both the parties but the promotion is working towards finalizing the same. The news was first broken by Brett Okamoto of ESPN on his Twitter.

Aspen Ladd is one of UFC’s highly touted young prospects. At just 24 years of age and a short UFC career consisting of only five fights, the Folsom, California native has shown tremendous upside. Her last fight ended in a win against Yana Kunitskaya, via KO, in December. Her only setback in the UFC and in her professional career came against recent title challenger Germaine de Randamie.

Peña will look to continue her momentum going into this fight after she had grabbed a unanimous decision win in her last fight against Nicco Montaño. That fight took place on the same card that was headlined by Ladd vs de Randamie. The fight marked her first triumph in the Octagon following her defeat against Valentina Shevchenko back in Jan. 2017. “The Venezuelan Vixen” missed all of her 2018 as she was about to become a mother. However, her last fight made it clear that she hasn’t lost a step due to the layoff.

Other fights on the card include a bantamweight co-main event that will pit former champ Cody Garbrandt against Raphael Assuncao. Some other fixtures include Greg Hardy vs Yorgan De Castro, Khalil Rountree vs Sam Alvey, Tecia Torres vs Mizuki Inoue and Louis Smolka vs Davey Grant.