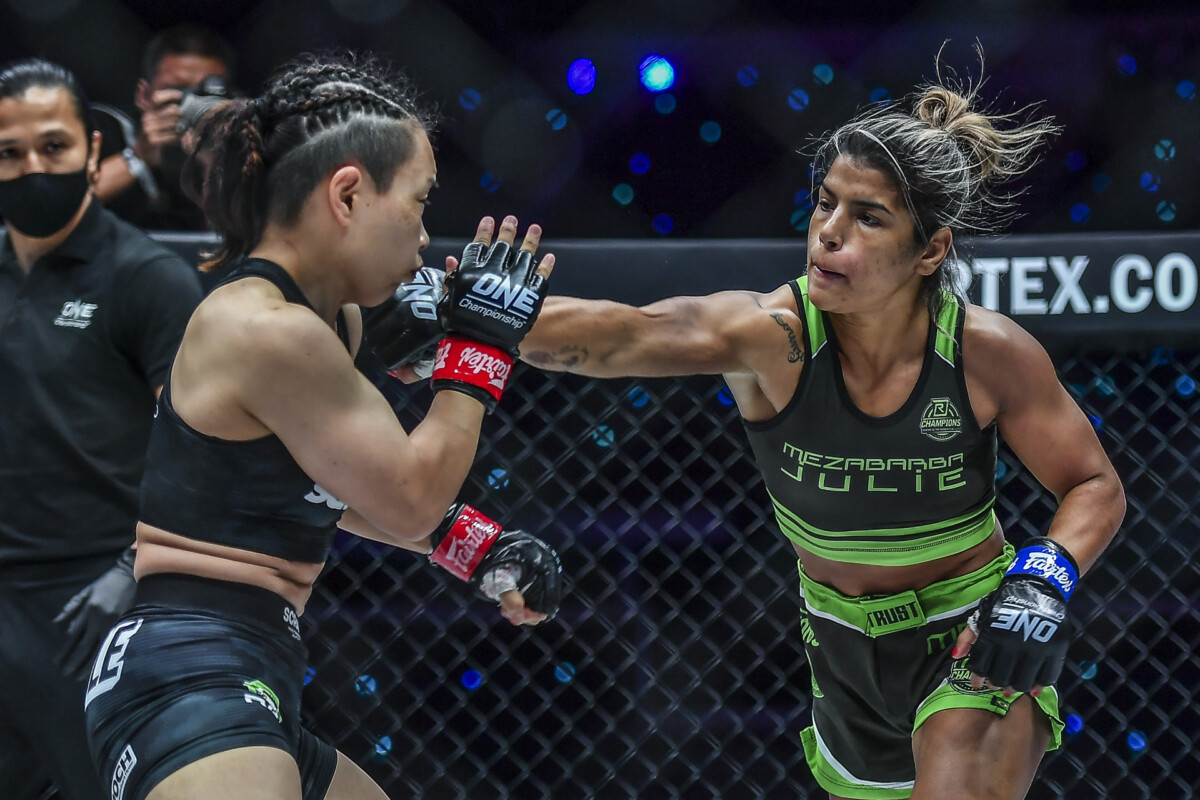 The Brazilian athlete trades leather with Stamp at ONE: NEXTGEN this Friday, 29 October. This will be her second appearance in The Home of Martial Arts following a memorable debut against Mei “V.V” Yamaguchi in a Grand Prix alternate bout last month.

“I’m in this sport to fight the best. Mei was the best test for me. It was tough, but I was very well trained, and I got great feedback with the victory. It was perfect,” she said.

“Fighting and beating Mei proved that I’m in ONE to shine. It wasn’t by chance and it wasn’t luck, and I’m working to prove it.” 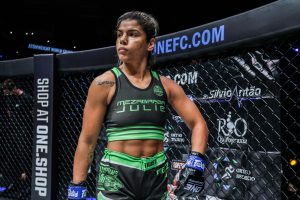 Throughout the fight, she fended off some of Yamaguchi’s takedown attempts and controlled the contest with her striking versatility. Despite being labeled as the underdog, Mezabarba stunned the Japanese veteran.

This time around, the stakes are similar. Mezabarba once again finds herself as the underdog, something she is okay with. In fact, the RD Champions standout added that it has fired her up.

“It makes no difference [if I am the underdog]. It just motivates me to show people they are wrong,” Mezabarba said.

“I’m happy [to enter the tournament], and I’m training a lot. I didn’t get hurt against Mei. And now, I’m ready to reach the Grand Prix final. Once again, I will prove that I deserve to be there. I won the [alternate] fight, so I deserved the spot.”

The Rio de Janeiro native knows she will be in for a tough test against Stamp, an athlete who possesses a somewhat similar skill set to her. Despite the similarities, the martial artist is confident in her abilities.

She feels that she is more well-rounded than her Thai foe and pointed out that Stamp’s Muay Thai skills do not translate well into mixed martial arts.

“I don’t train only kickboxing, Muay Thai, BJJ, or luta livre. I train all of them together – I train MMA, so I’m a complete fighter. Stamp will be in trouble wherever the fight goes,” Mezabarba said.

“I think her Muay Thai style is not good for MMA. For traditional Muay Thai, she is awesome. For MMA, she is too slow,” she added.

With that said, Stamp is still one of the greatest atomweight athletes in the division, and Mezabarba will not take her lightly.

She may be the underdog, but the Brazilian wants to remind the world this Friday that no one should ever count out the underdog.

“I can’t wait to beat Stamp,” she said. “If she is the golden girl, my victory will be bigger. I want to knock her out, but a victory is a victory.”

Catch these two athletes battle it out at ONE: NEXTGEN this Friday, 29 October, live on Disney+ Hotstar or Star Sports Select 2 at 6 p.m. India Standard Time (IST) on Friday, 29 October. Don’t forget to download the ONE Super App for the latest news on your favorite martial artists.

Previous articleJenelyn Olsim Believes Her Wrestling Skills Are Up To Par, Aims To Finish Ritu Phogat
Next articleReasons to Date an MMA Fighter