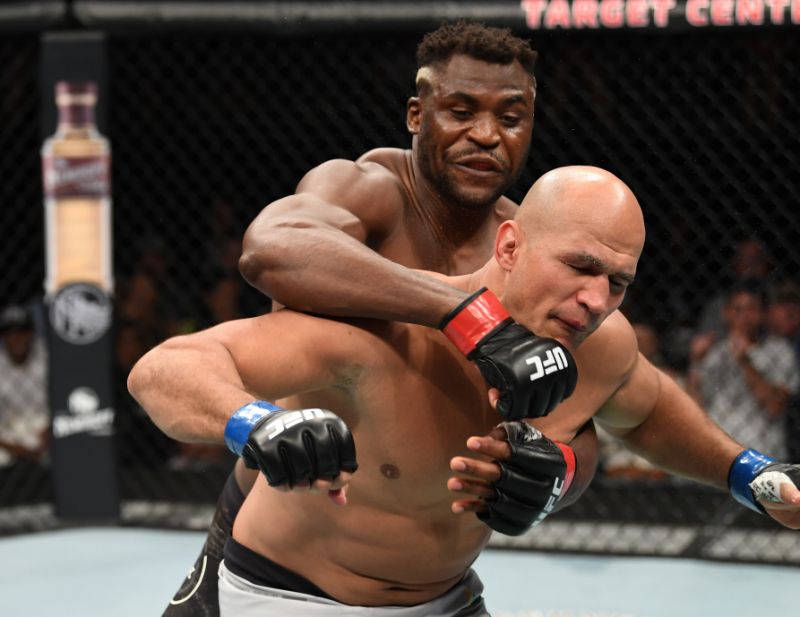 Former UFC heavyweight champion Junior Dos Santos was brutally knocked out by former title challenger Francis Ngannou in the first round UFC on ESPN 3 in June.

However, despite being knocked out, Dos Santos believes that he is the better fighter compared to Ngannou. The Cameroonian heavyweight had previously claimed that he was the best boxer in the UFC, but Santos didn’t agree with that. 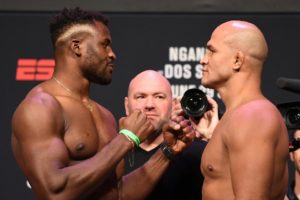 “Miocic is a good boxer, and now there’s Ngannou talking a bunch of crap, saying he’s the best boxer in the heavyweight division because he was lucky to defeat me,” dos Santos said. “He’s not, and never will be. I’ll prove that soon and shut that little mouth so he stops talking nonsense. He’s a very strong guy, of course, and must be respected. He had a great win over me, but real fighters keep their results. We’ll see what happens soon.” (H/T – MMAFighting.com)

Stipe Miocic defeated Francis Ngannou at UFC 220 last year and dominated the entire fight and defeated him via unanimous decision. Ngannou has now won his last three fight via TKOs in the first round. He is currently the top contender to fight for the belt. But it’s highly unlikely as UFC will probably arrange a trilogy between Miocic and Daniel Cormier. The pair fought in August at UFC 241, where Miocic knocked Cormier out in the fourth round. Cormier had previously knocked Miocic out in the first round at UFC 226.

On the other hand, Dos Santos was scheduled to fight Alexander Volkov at UFC Fight Night event in Moscow but had to pull out of the fight because of staph infection. Before his loss to Ngannou in June, he was riding on a three-fight winning streak where he had defeated Derrick Lewis, Tai Tuivasa and Blagoy Ivanov.

Do you guys agree with Dos Santos?