Justin Gaethje aiming for the title after Barboza win: I’m the toughest stylistic match up for Khabib Nurmagomedov 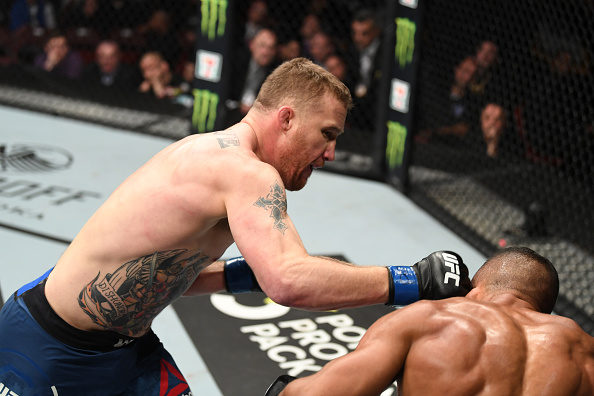 Justin Gaethje has now defeated Edson Barboza, nullifying his attack with a stunning knockout. The headlining fight at the UFC Philadelphia event saw him emerge as the clear winner in the fight. Now, Gaethje has his focus on a different fighter — one who is currently away on suspension.

Justin Gaethje feels that there is not a single fighter in the UFC who has a skill-set which would be better suited to fight the UFC Lightweight Champion than him.

Khabib Nurmagomedov is currently suspended, due to his involvement in the UFC 229 post-fight brawl between him and McGregor.

Following his fight, Gaethje said that his eyes were on the UFC Lightweight Champion. He added that he was sure he could cause problems for Khabib Nurmagomedov down the line.

He said that he felt he was the toughest match for Khabib in the Lightweight Division currently.

“I’m on my way to Khabib and I want to fight him. I think I’m the toughest matchup for him. My wrestling, you guys haven’t seen it yet, I wrestled for 22 years. The last match I ever wrestled was in this arena. The NCAA tournament, I lost, and I was very excited to come back.”

It seems unlikely that Justin Gaethje will be facing the UFC Lightweight Champion right of the bat. To get to Khabib, he will need to pick up a couple more wins along the way.