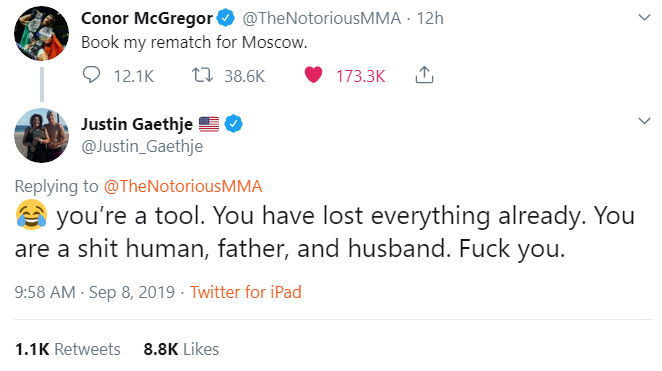 Immediately after Khabib defeated Poirier, he was called out by his former opponent Conor McGregor on social media. He requested the UFC to “book the rematch for Moscow”. McGregor lost to Khabib last year at UFC 229 via fourth-round submission in Las Vegas. 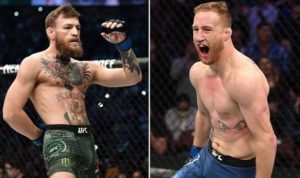 Meanwhile, top lightweight contender, Justin Gaethje got personal with Conor McGregor and wrote a harsh reply to the Irishmen.

😂 you’re a tool. You have lost everything already. You are a shit human, father, and husband. Fuck you.

“You’re a tool. You have lost everything already. You are a shit human, father, and husband. F*ck you.”

It’s still unclear as to what prompted Gaethje to write this personal tweet. Meanwhile, Gaethje is all set to fight Donald Cerrone at UFC Fight Night 158 at the Rogers Arena in Vancouver, Canada next weekend.

Justin Gaethje is coming off of a first-round KO victory over Edson Barboza and on the other hand, Donald Cerrone lost his last fight to Tony Ferguson via TKO (Doctor’s stoppage).