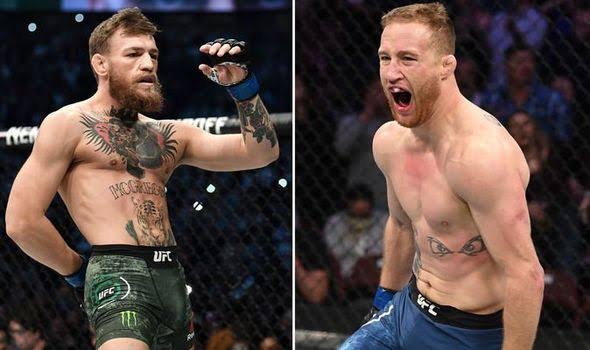 Normally a three-fight first round knockout streak over top contenders will guarantee a title shot. However that’s not the case with #4 ranked lightweight Justin Gaethje.

‘The Highlight’ last fought against Cowboy Cerrone back in September where he secured a brutal knockout win. Unfortunately due to the dynamic nature of the lightweight division, Gaethje has been on the sidelines ever since. 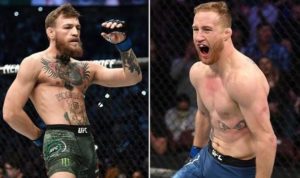 With former interim champ Tony Ferguson clearly being the #1 contender, he gets his shot in April. That being said, if not the title shot, Gaethje demanded the biggest fight in the division. The biggest fight obviously being former double champ Conor McGregor. McGregor instead fought at welterweight and a 40-second win even gave him the next title shot at lightweight. That obviously didn’t go well with Gaethje as he accuses McGregor for avoiding him.

“As you can see, the man is not going to fight me. What the f*ck do you gotta do? He’s running out of easy fights. I’m sitting here, smoking my CBD, waiting for a motherf*cker to punch me in the face. Let’s go, don’t be a p*ssy,” Gaethje said.

As per UFC President Dana White, Gaethje has refused many fights which they have offered him. With first round knockouts of James Vick, Edson Barbara and Donald Cerrone, Gaethje certainly expected more.

Last weekend, the UFC Auckland main event winner Dan Hooker called Gaethje out. A fight similar to that should be next for Gaethje as waiting on the sidelines for a long time won’t pay any dividends.