UFC’s interim lightweight champion Justin Gaethje talks about his loss to Khabib Nurmagomedov after being choked unconscious at UFC 254. 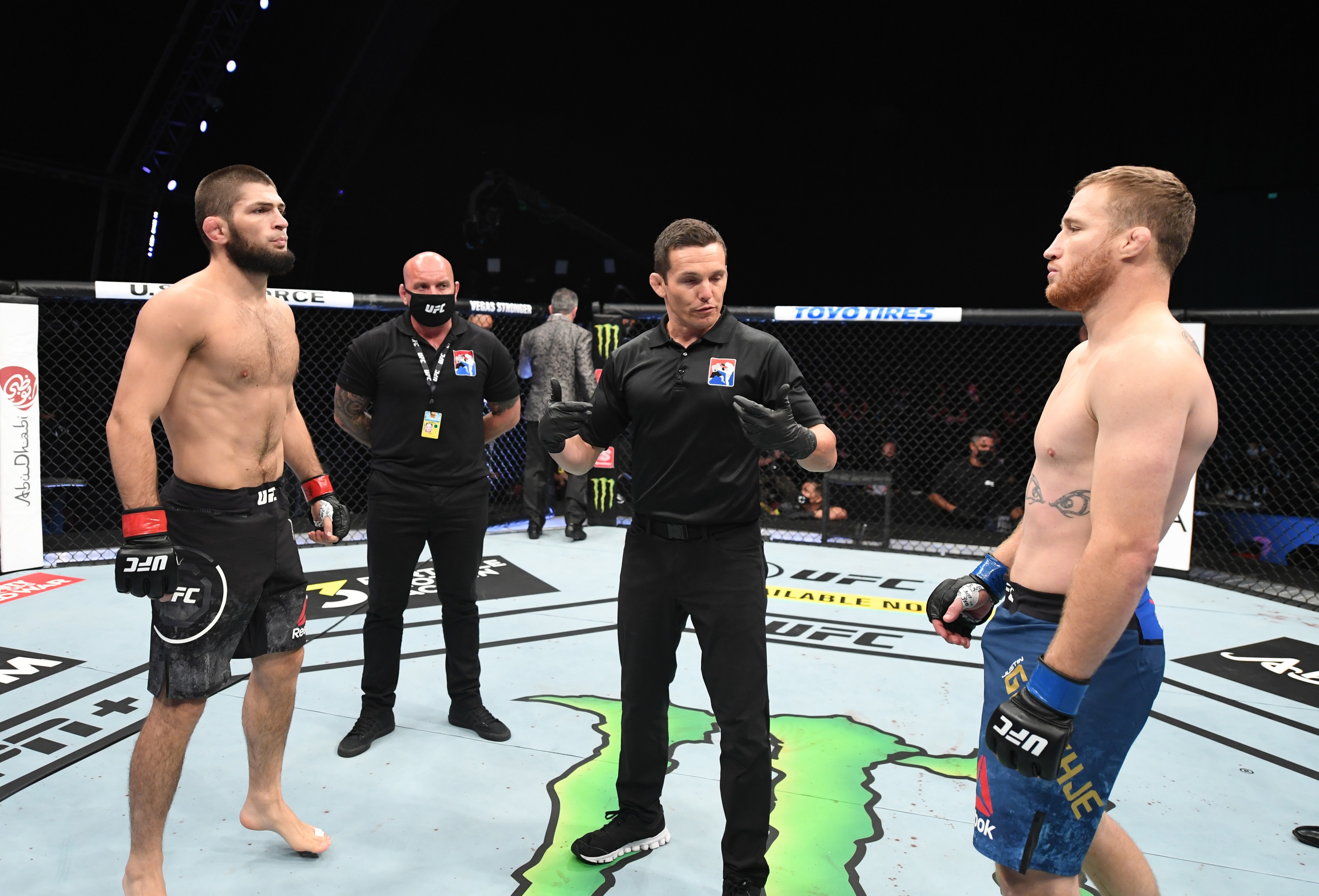 Happy and relatively healthy afterwards, Gaethje (22-3 MMA, 5-3 UFC) reflected on his second-round submission loss to Khabib Nurmagomedov through an optimistic lens. Gaethje has suffered losses before, so as hard as the feeling is, it’s nothing new. He doesn’t see one as a defining moment.

“I posted earlier that I would never let my nephew down,” Gaethje said. “Just because you lose, it’s not over. I lost twice and look at me. I was just fighting for a belt. There are not a lot of people in the sport – not experts, not non-experts, not the (expletives) at home – that would’ve ever thought I’d be here after I lost to (Dustin) Poirier that night (in 2018). My coaches believe it. I believed it because I love competing so much. Why not? Let’s go.”

Gaethje said he’s proud of the successes he had, even if they’re small consolation prizes. 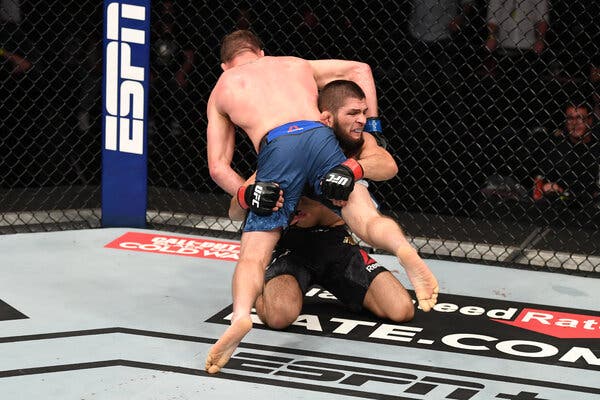 “I’m happy to have had that billing,” Gaethje said. “When the bell rings, it’s a special feeling. I love it. I don’t think there’s anybody that loves that more than I do. I knew that if I was going to lose that I’m not scared of getting choked out. Getting knocked out does suck because there is consequences – health-wise to that. Getting choked out, you get a nice little dream, and it’s on to the next one. It sucks. I’m hurt.”

“Being choked out is a nice little dream, and then it’s on to the next one,” he said.

“I took probably two or three shots, big shots to the head,” he later added. “When you get choked out, I’m not a doctor, but I believe there are not any serious consequences to that, and I love it. And there’s a belt on the line now.”

There were also small victories to take home for Gaethje even though the official win went to Nurmagomedov, who extended his unbeaten streak to 29-0 and drew immediate declarations of pound-for-pound No. 1 status among his colleagues.

“I had him in trouble,” Gaethje said. “I wasn’t very many kicks away from him not being able to walk. He’s going to be limping for at least three weeks. It’s nothing to be proud of because I lost. But I felt alive and I felt great.”

Gaethje also talked about how he felt in the fight in his post-fight interview with Jon Anik.

“Man I felt alive. I felt alive. That’s why I step in here man. I ask my coaches if they are ready to feel alive every time I step in here. Again, adrenaline, endorphins released. It is a great feeling man. But the only reason I stuck around in here (the cage) was to give this man (Khabib) praises. I know he was in a bad spot. Even if he wasn’t. He did what he had to do. Took me down. He is very strong. I know he made his father so proud.” 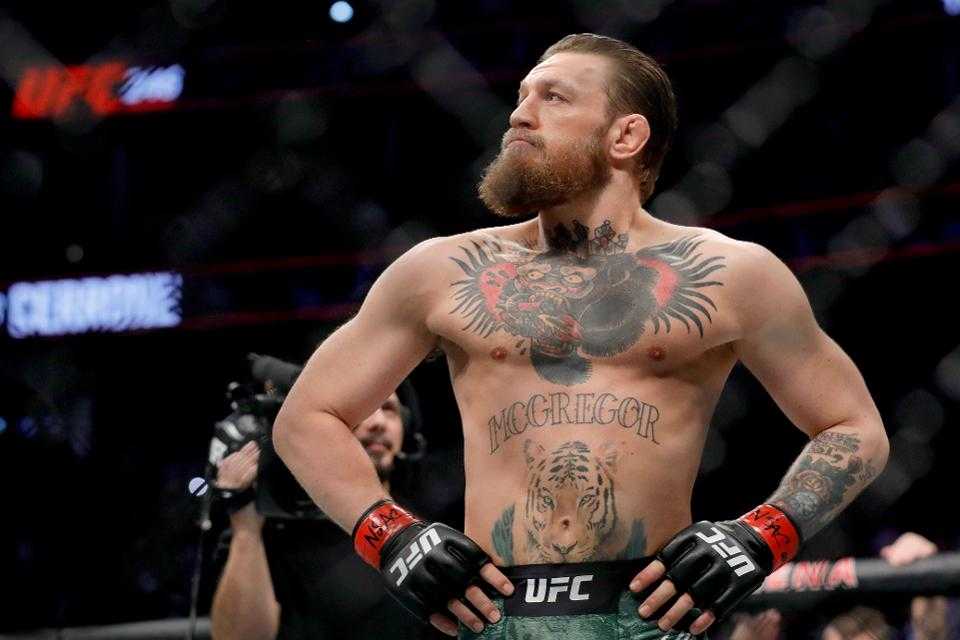 With Nurmagomedov relinquishing the title on Saturday in Fight Island, Gaethje looked forward to a quick return and eyed a fight for the vacant belt against Conor McGregor.

“With him retiring, I’m No. 1,” Gaethje said. “Poirier and (Conor) McGregor are going to fight (Jan. 23). They haven’t made it official, so if McGregor wants to bounce out and get the belt, then I’m right here. If they want to give it to someone else, then so be it. But I’ll be ready. I’m ready to fight again. This is my job. This is my life. I love it so much.”

Poirer, who defeated Gaethje in April 2018, has agreed to fight McGregor at a UFC event on Jan. 23. But as Gaethje said, the fight has not been confirmed. UFC President Dana White earlier this week said he’s working on finalizing the fight; Poirier and McGregor’s reps did not immediately respond to a request for comment on the status of the matchup.