Justin Gaethje reveals why he turned down Tony Ferguson fight 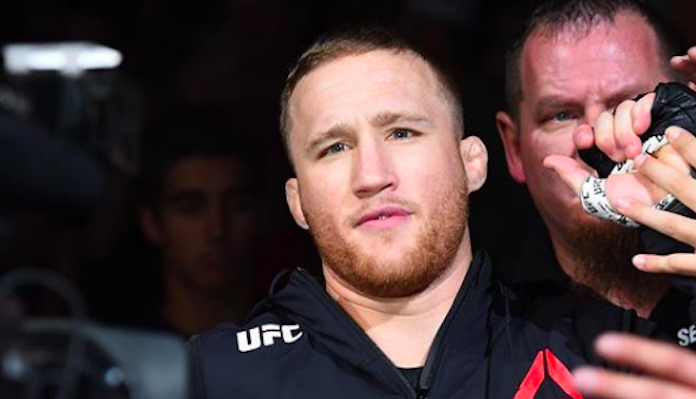 Recently, Gaethje spoke about how and why he turned down the Tony Ferguson fight.

“They called me to fight Tony (Ferguson), it was four weeks notice.. I can’t do that. I can’t go in there compromised,” Justin Gaethje explained. “It is a huge opportunity to miss out on but I asked them (the UFC) if they could push it until Saturday (UFC 239), but they couldn’t do it. So, ‘Cowboy’ got the bid. I mean I would love to fight Tony. I want to fight the Russian (Khabib). I got to get through Tony, or through one of those guys.”

“I think Tony earned his shot at the title. I think he would be foolish to fight me or anybody before he fought the winner of Khabib vs. Poirier. So yea, that is my answer.”

Justin Gaethje: "They called me to fight Tony (Ferguson) on four weeks notice and I can't do that." pic.twitter.com/5QBhf4zZ5x

“Tony is dangerous on his feet,” he said. “He’s probably the most dangerous from his back. Physically, as far as slashing you open with the elbows, this is something Khabib would definitely have to worry about. You can’t just go in there and sit on top and be boring. So he’s going to have to work and Tony might cut him up when he’s on the bottom.’