Justin Gaethje reveals why he wants to fight Conor McGregor 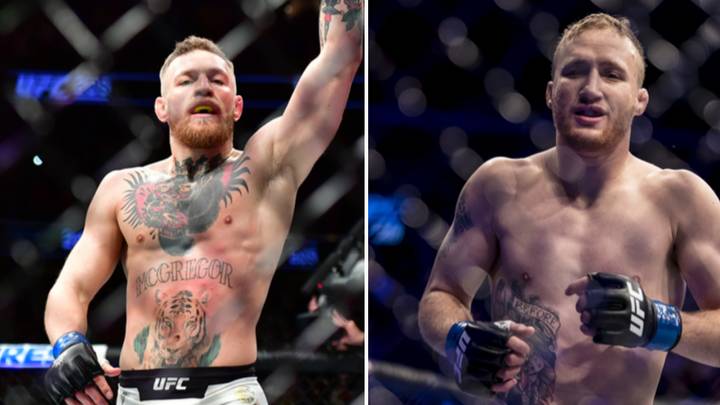 Interim UFC lightweight champion Justin Gaethje is coming off of a terrific performance against Tony Ferguson at UFC 249. In this fight, Gaethje dominated Ferguson and knocked him out in the fourth round.

With this victory, he is now next in line to fight reigning UFC lightweight champion Khabib Nurmagomedov in September. The win over Ferguson was extremely special considering the fact that Gaethje took the fight on short notice and performed the way he did. 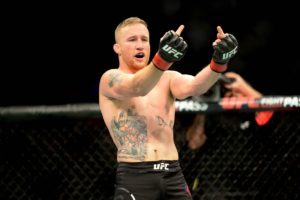 In the meantime, former lightweight champion Conor McGregor has also been calling him out and sent a warning earlier this month.

Justin Gaethje reveals why he wants to fight Conor McGregor

In a recent appearance on Joe Rogan podcast, Justin Gaethje revealed that he would have no problem taking on the Irishmen. He addressed his striking prowess and counter striking abilities, which he believes is the best in the division right now.

“That’s second to none, no one will beat me. Conor McGregor, its gonna be a f**king race. We’re talking about milliseconds here and that’s the race that we’ll have.”

“I do. I want to shut him up. I’d love that I really would.” Gaethje said when asked by Rogan about a potential fight against Conor McGregor.

“I can fight him right now if I wanted to and everyone would say that I am lying and if it was there, I would take it and Daniel Cormier said that the other day. I’m not that fighter. For one, I have the opportunity to do something that can be unmatched in the history of our sport. To go in there, to come of the circumstances. To beat Tony like I did, go beat Khabib, go beat Conor, that’s legendary.”

Gaethje also believes that McGregor wants to fight Khabib. But the road to the Dagestani superstar goes through him.

“Well, I think he would take the fight with me. He wants to fight Khabib. I’m the only way you have to go.” Justin Gaethje concluded.

Who should McGregor fight next?

With Gaethje fighting Khabib next, McGregor has to look for other options now. His last fight took place at UFC 246 earlier this year where he knocked out Donald Cerrone in just 40-seconds.

There have been talks about McGregor fighting UFC welterweight champion Kamaru Usman. Although the champion has expressed interest in fighting him, the Irishman hasn’t replied yet.

Who do you guys think wins in a fight between Conor McGregor and Justin Gaethje?