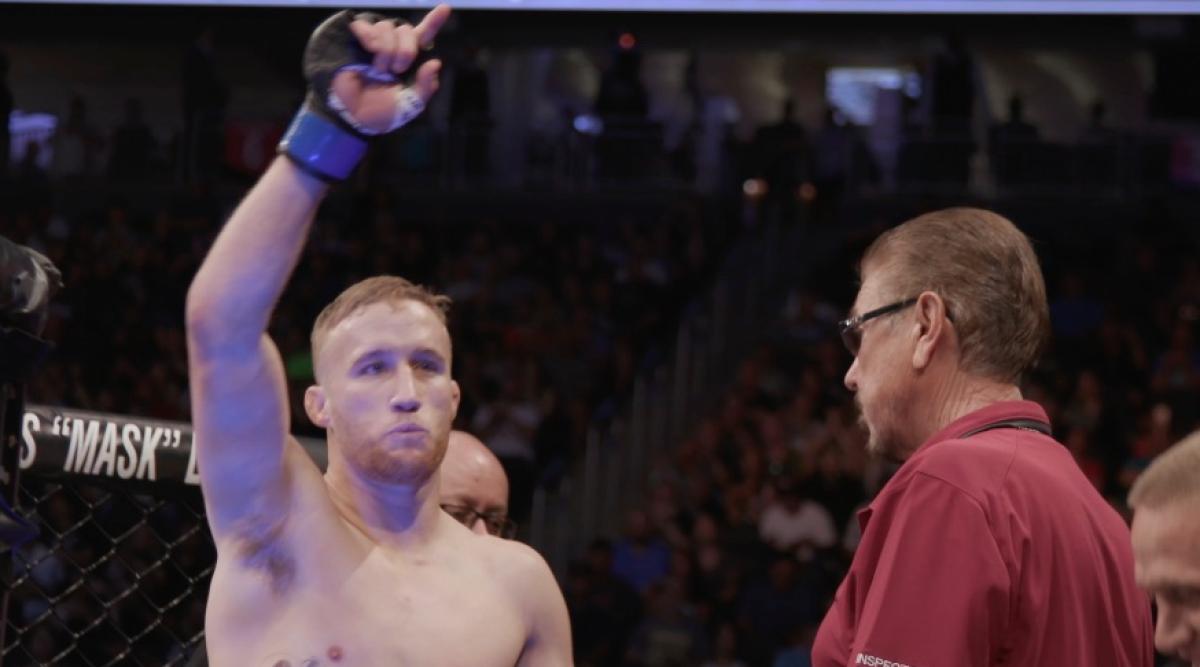 Justin Gaetjhe was unbeaten in his earlier days in WSOF and he even earned a TKO win against Michael Johnson in a war in his first fight in the UFC. Against Eddie Alvarez fight he fought like a true warrior but in the 3rd round he lost that fight by a TKO.

Now he wants a showdown against some savages like Dustin Poitier & Kevin Lee. He thinks that they are loudmouths and wants to fight either one of them.

“When you win, you get to pick somebody in front of you, but when you lose; I am still ranked No. 5 in the world, UFC, so coming off a loss now I get to give somebody behind me a chance,” explained Justin.

“So we will see which one of these loudmouths, Kevin Lee, Dustin Poirier. One of them is going to have to get me on my comeback. So I’m trying for that.”

“I really had a lot of fun in there. It was the time of my life, honestly. Being able to put my skills on display on the highest level, the biggest stage, pay-per-view. All those things were a dream come true for me,” explained Justin. “I signed up for this and I said it before, if I was going to lose, I hoped I would get knocked out. And it came true. I love the sport, I love MMA before I started, I’m a fan and a fan of Eddie Alvarez before I started fighting.”

Previous articlePost UFC Winnipeg chat with Chamatkar Sandhu and Parvin Dabas
Next articleDarren Till wants a showdown against Wonderboy in London, but he says Perry can get a chance too