UFC: Justin Gaethje willing to be backup for Khabib vs. Tony if UFC pays for his training camp 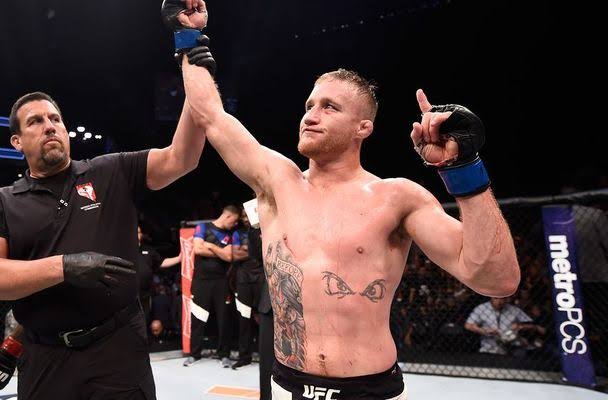 UFC 249 will finally feature the much anticipated clash of titans as UFC lightweight champion Khabib ‘The Eagle’ Nurmagomedov will defend his belt for the third time against former interim champion Tony ‘El Cucuy’ Ferguson.

Nurmagomedov and Ferguson will go through the entire process for the fifth time as the fight has been cancelled four times before. Needless to say, the UFC as per their new trend, will look for a substitute. That being said, they have a clear option, the probable next line, former WSOF champion Justin ‘The Highlight’ Gaethje. 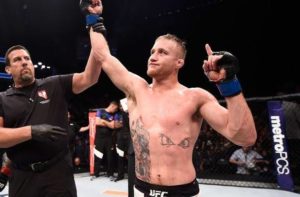 Speaking on The Luke Thomas Show, Gaethje didn’t waste anytime to oblige the idea. However he has one condition, the UFC to pay for the camp required for this high profile matchup.

“If they cover the cost of the training camp, then I’m in,” Gaethje said. “I need to get in shape anyways, so it couldn’t hurt. But again, you know what it is. Financially, it’s a commitment to train for a fight, especially for a fight like that. I wouldn’t be against it. Ultimately, I want to fight Khabib. I have to fight Khabib. If that’s ultimately how it goes down, I will only be mad at myself if I’m not ready for it.”

Gaethje is on an impressive three-fight first round knockout streak with wins over James Vick, Edson Barboza and Donald Cerrone. Gaethje truly believes he’s the next in line and is willing to wait until the UFC 249 winner is ready to fight again.

Previous article
VIDEO: Viet Anh Do knocks out Govind Ale in the first round at ONE Championship: Warrior Series 9
Next article
UFC: Ali Abdelaziz warns UFC fighters of USADA calling them up and asking them to snitch