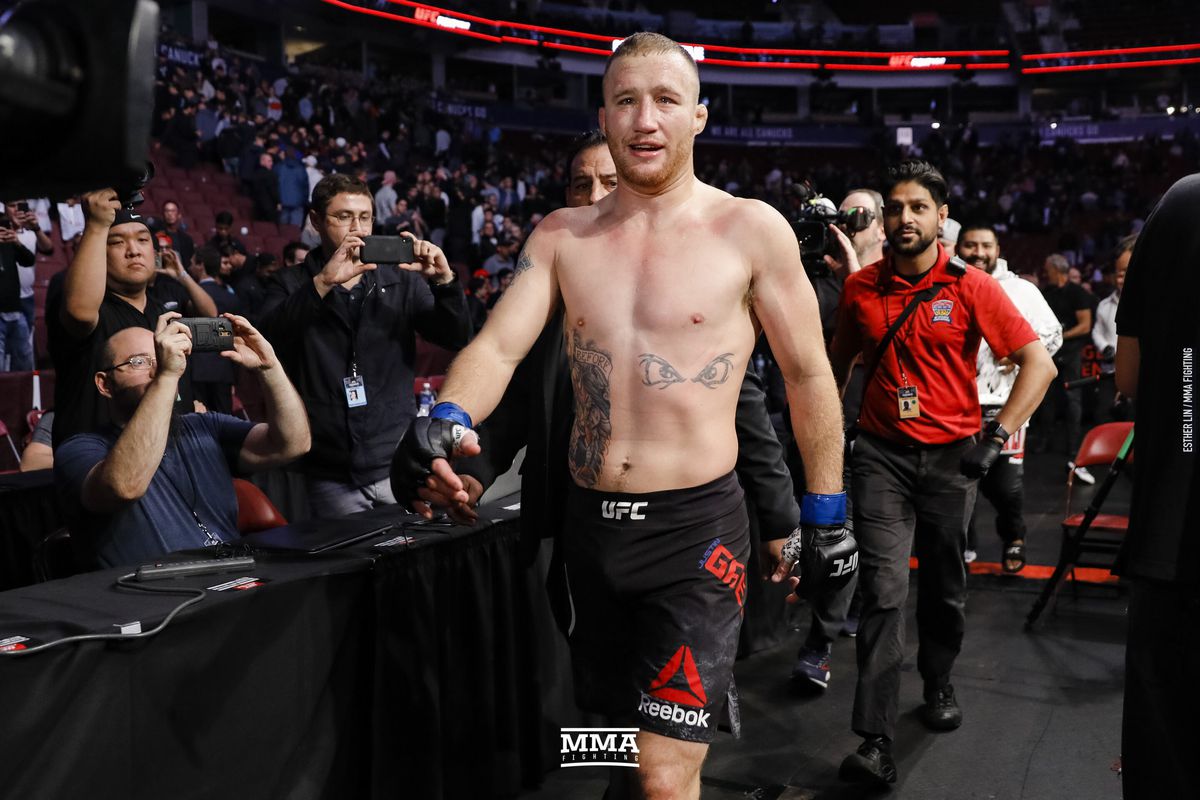 UFC interim lightweight champion Justin Gaethje believes he has at least five more fights before retiring from the sport of MMA. 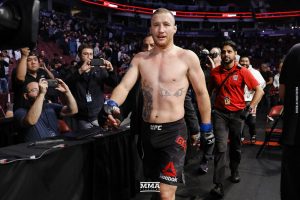 Justin Gaethje is set to fight the undisputed champion Khabib Nurmagomedov at UFC 254,  for what looks to be the biggest fight of the year. Khabib has never been defeated, and Gaethje plans to change that by taking his 0. Before this fight, Tony Ferguson was talked about to be the biggest threat to Khabib’s reign, and Justin Gaethje made it questionable by defeating him in a five-round battle. A win against Khabib would undoubtedly put him in the conversation for the greatest lightweights of the era.

In a conversation with TMZ Sports ahead of his fight, Gaethje said that he has at least five more fights before hanging the gloves.

“There are a lot of factors that are going to go into that,” Gaethje said. “After I fought [Dustin] Poirier, I said I have five more wars [in me]—I haven’t had one since. So I would say I have at least five more fights.”

It is important to note that wars here mean real adversity, like he faced against Dustin Poirier. He clarified that fights like the ones against James Vick, and Donald Cerrone don’t count.  “Five wars—if they’re not wars, they don’t count,” he said. “As long as they’re paying me what they’re paying me, I’m probably going to fight until I do not believe I can be the best in the world anymore. I’m not going to hold on past that time. I’m looking forward to that feeling. I chase that feeling. That’s why I don’t buy motorcycles, cause I will die. That’s why I do a lot of things, to keep from putting myself in positions where I could be in danger, cause once it starts, it’s balls to the wall.”

What’s next for Justin Gaethje if he wins?

While presenting the most dangerous threat to Khabib’s undefeated reign, it is imperative to talk about what happens if Justin wins. Other top dogs in the division are Conor McGregor, Dustin Poirier, and Tony Ferguson. It would be appropriate for Gaethje to make his first title defense against the winner of Conor and Dustin, which is slated to happen in early January.

There is some ambiguity regarding the weight class of that fight, and what it would mean for the lightweight division if they fight at 170 lbs.

Previous articleKhabib Nurmagomedov’s character is the most played in UFC 4, says Dana White
Next articleKhabib’s coach Javier Mendez believes that Khabib vs Conor 2 is a possibility