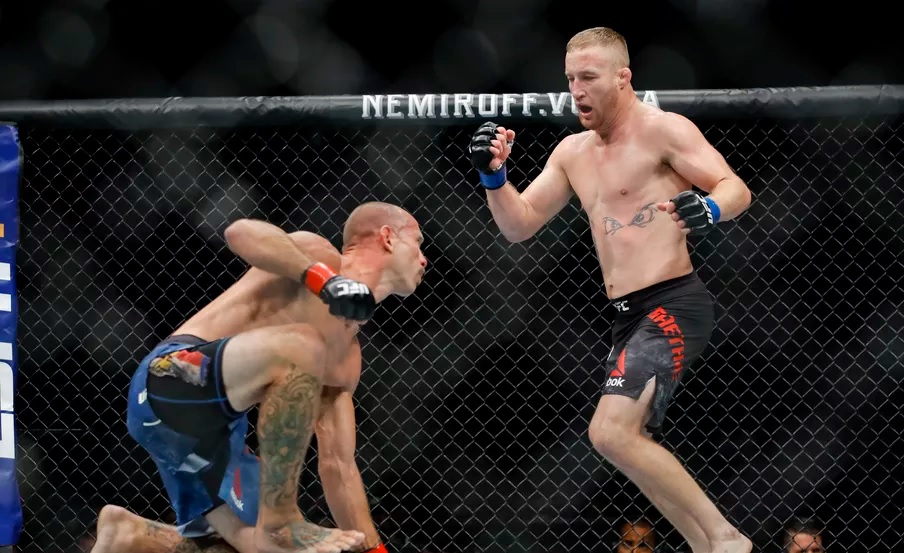 Justin Gaethje gets another highlight reel finish that’s true to his nick name.

The main event fight between the #5 ranked Gaethje and #4 Cerrone lasted well over four minutes and ended in a spectacular TKO finish. Gaethje as promised made sure to end the fight in the first round as he used leg kicks to keep Cerrone at bay. Gaethje was landing more over hands while Cerrone relied on his jabs. In a wild exchange, Gaethje dropped Cerrone with a solid right hand and just as he tried to get back up ate another one sending him down o his knees. Gaethje looked at the referee to stop the fight, but without any interference, he had to land a few more punches to finally get the stoppage.

Gaethje has completely turned around his fighting style, making more intelligent and well times strikes while making good use of head movements to avoid any serious damage. This new renewed strategy has led Gaethje to win three consecutive fights in the first rounds.