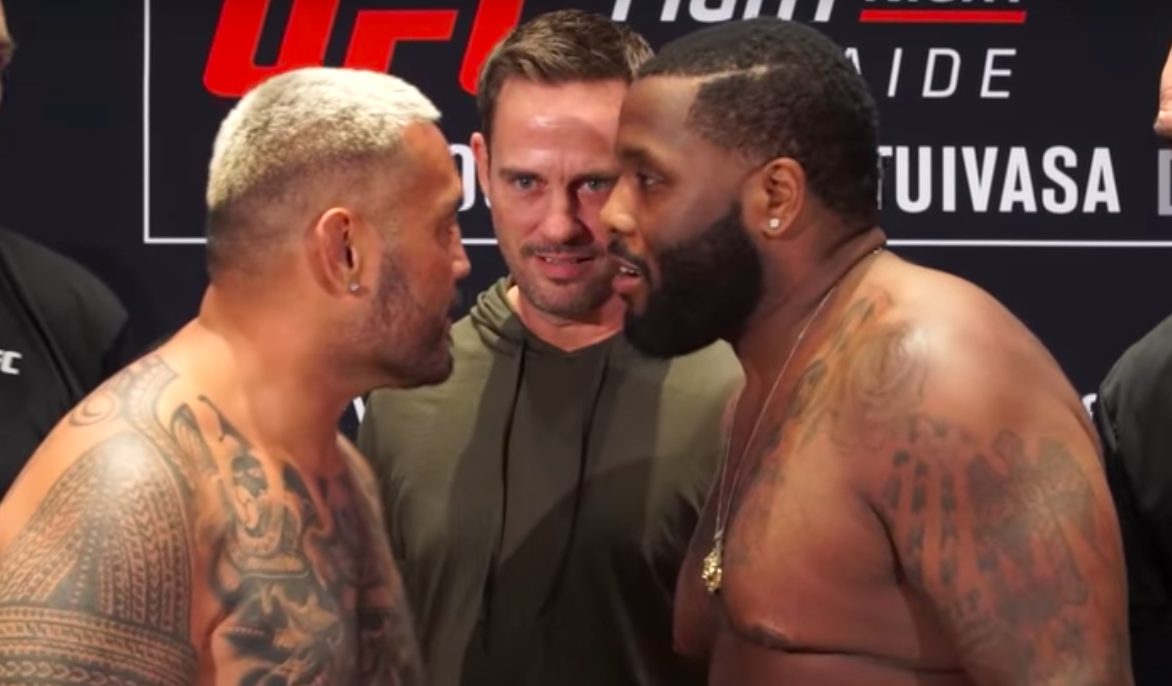 The face-off between Justin Willis and Mark Hunt appeared to be very heated. On-site media reported that there Mark Hunt and Justin Willis had a commotion backstage.
After the official weigh-ins for UFC Adelaide Hunt and Willis stood face-to-face, when the heavyweights were close to each other, Mark Hunt apparently said something to Willis, who immediately fired back with words. Soon enough, they became more engaged and UFC officials stepped in to separate them.

As soon as they left the stage, it was reported that there was a disturbance between the two and a few things happened which caused the face-off between co-main event duo, Tyson Pedro and Mauricio “Shogun” Rua, to start late.
Submission Radio reported that headliner Tai Tuivasa reacted to this by saying, “I’ll f***in’ smash both of you”.

“I know you’ve got pump up yourself, but it’s like me with ‘Shogun’—‘Shogun’ is a legend and Mark is a legend, they’re from the same time. And I don’t know if [Willis] knows he’s in Australia and that there’s no rules outside of where we are. I think he’s trying to pump himself up more than he’s trying to pump Mark up, and you don’t want a pumped up Mark. If anything that’s the worst thing you can do.”

“I’ve gone back and they’re trying to stop the fight, but you can’t disrespect our lead horse. We’re not promoting fighting outside of the Octagon, but don’t go and say that to our lead horse and then come out and say something about our team,” said Pedro. “I’m pretty sure he went at Mark and Tai was just there,” he added. “Don’t go at our team; we’re all here and we’re in Australia so it’s probably not a good idea.”