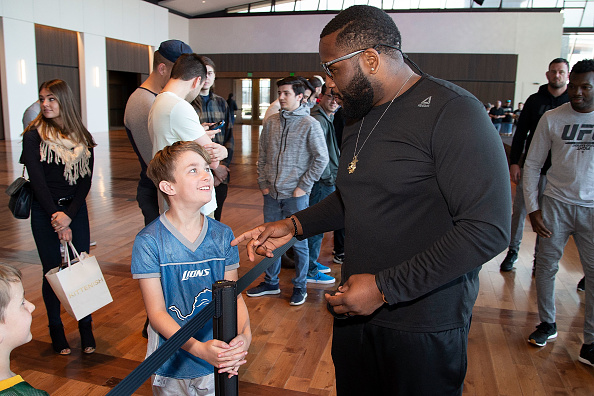 Justin Willis is set to take on Curtis Blaydes in the upcoming UFC event at Nashville. The Heavyweight is all set for his fight, but now, he also opened up about what he was looking forward to in the future. Willis talked about helping the UFC to create a Super Heavyweight Division once he had won the Heavyweight Title.

Willis revealed that he had felt the need for a Super Heavyweight Division in the UFC for a long time, and had felt there were quite a fighters in the company who could help fill such a position.

If the #UFC adds a super heavyweight division, @BigPrettyMMA is confident he can put "asses in seats" once the #UFC "stops f*cking around with me"

He said that the first thing that he wanted to do was win the UFC Heavyweight Title, and then he felt that he could win in the UFC Super Heavyweight Division as well. He said that there were a lot of fighters who cut from a really high weight and with the division, they would no longer have to cut weight.

The UFC Heavyweight Division extends to fighters ranging between 205 lbs to 265 lbs.

He revealed that he himself used to cut down from 298 lbs earlier. He said now the situation was different, and he was not making such a drastic cut anymore, cutting down from 276 lbs instead.