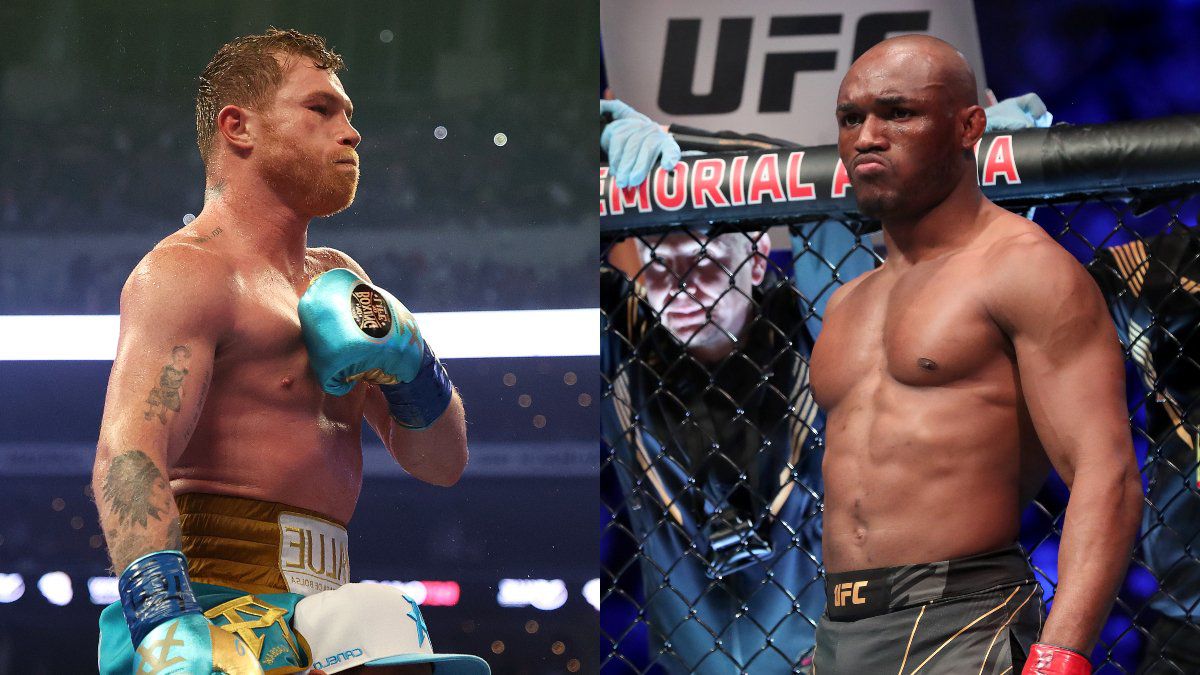 UFC Welterweight champion Kamaru Usman has proved his critics wrong time and again. Even after the criticisms the UFC pound-for-pound king received for wanting to make his boxing debut against his P4P counterpart in the squared circle, Canelo Alvarez, Usman isn’t breaking any sweat, as the brutal knockout of Jorge Masvidal speaks for the behalf of his credibility.

Kamaru Usman and Canelo Alvarez have been cooking up a rivalry sin recent times. Back in April, the two world champions went back and forth on Twitter with some additional heat coming from Usman’s manager Ali Abdelaziz. Usman himself stated that he wants to face the undisputed super middleweight champion of the world on Mexican Independence Day in September. 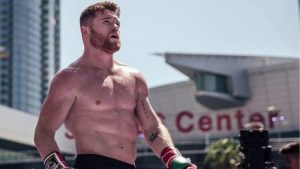 Many combat sports critics have raised eyebrows at Usman’s wish, provided that “The Nigerian Nightmare” has no professional boxing experience and is being doubted for his chances against someone like Canelo. However, Usman is more than willing to prove his critics wrong and cites his knockout of Jorge Masvidal, aka “the best boxer in MMA”.

“You would think I train on how to punch people’s faces. I put in work. I put in work each and every day, whether it’s boxing or kickboxing. We put in the time. With that time, I’m confident in my abilities. Listen, when I said, ‘Hey, Jorge Masvidal, you said you wanted a full camp, that you were going to be able to take me out with a full camp.’ I said, ‘Hey, this time I’m going to knock your head to the moon and I’m going to do it’,” Usman said on The Pat McAfee Show.

Usman and Masvidal crossed paths for the first time at UFC 251 in July 2020, which ended in a unanimous decision win for the Welterweight champion. The rematch, which headlined UFC 261 in April last year, saw Usman securing his second win over “Gamebred” with a vicious 2nd round KO.

“After I went out there and dealt with [Gilbert] Burns, I got him back and said, ‘Masvidal, you’re next. I’ll give you another shot, I’ll give you a full camp and I’m knocking your head to the moon this time.’ Everyone said, ‘Masvidal’s the best boxer in MMA.’ I sent him to the shadow realm. I think he’s still up there,” Usman added.

“I’m brave enough to go into your arena to do it,” Usman continued on facing Canelo in the boxing ring, “Can you say the same thing? None of these boxers are willing unless you’re James Toney back [in 2010] when he fought Randy Couture. These guys aren’t willing to do it. “I’m brave enough to say, ‘F*** you, I’m coming in there and I’m going to come in there and give you hell as long as I’m able to do this.’” [H/T MMA Fighting]

What is your take on a potential Kamaru Usman vs Canelo Alvarez boxing match? Let us know in the comments.

Previous articleNate Diaz claims he “took a piss” at the UFC Performance Institute: “I could do this ‘cause I get paid more than all you guys”
Next articleDustin Poirier accepts Colby Covington fight for July 30