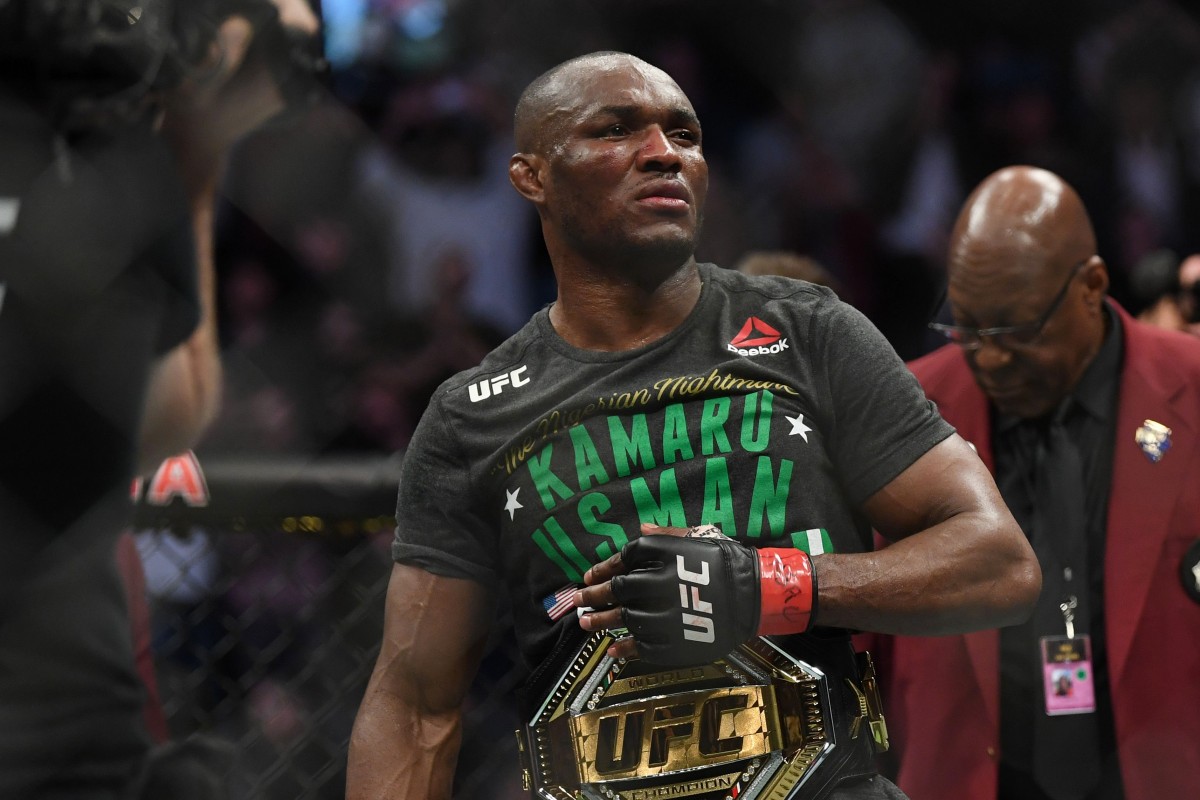 ‘The Nigerian Nightmare’ defended his welterweight strap for the second time extending his winning streak to 12. The champ has now defeated six of out the top 10 ranked welterweights including kingpins like Tyron Woodley, Colby Covington and Jorge Masvidal. However that’s obviously not enough for the champ as he looks to push his stock a notch higher. 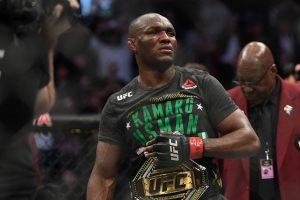 Speaking in an interview, Usman named the fighter which he would like to fight next. The man happens to be with whom he ties the record for most consecutive welterweight wins and the epitome benchmark to which every welterweight ever will be judged, former welterweight and middleweight chmampion, Georges St-Pierre.

Usman vs. St-Pierre for welterweight royalty!

“Honestly, I would have to say Georges St-Pierre,” Usman said. “Right now we’re tied for the record- most consecutive wins in the welterweight division – and Georges is a tough guy, Georges is a legend. Georges is a guy who has put his time in and is considered one of the best and that’s where I aim to be. Georges can still do it. He proved it, what, two years ago when he came back, that he can still do it. And I feel that he’s still able to do it. He’s still able to come in and be that opponent where people are unsure. Like, ‘You know what? We don’t know if Usman’s got this one.’ I think Georges St-Pierre can be that guy and that’s what I’m looking for. Those are what champions are made of. When you get that feeling, ‘I’m not sure. This one’s a tough one. I don’t know how this one is gonna go but I’m gonna damn well go out there and compete and see what happens.’ I think Georges St-Pierre can be that guy and if Georges wants to do it, Georges can get it too.”

St-Pierre previously fought at UFC 217 back in November 2017 when he made his comebck after a four-year hiatus to take on then middleweight champ Michael Bisping for the middleweight title. Stepping as an underdog, he ade a huge upset as he defeated Bisping via third round submission.

Previous articleUFC News: Colby Covington claims Tyron Woodley pulled out of another fight against him
Next articleKelvin Gastelum open to a rematch against Darren Till