Kamaru Usman: ‘It’s Green Panty Night when you fight me’ 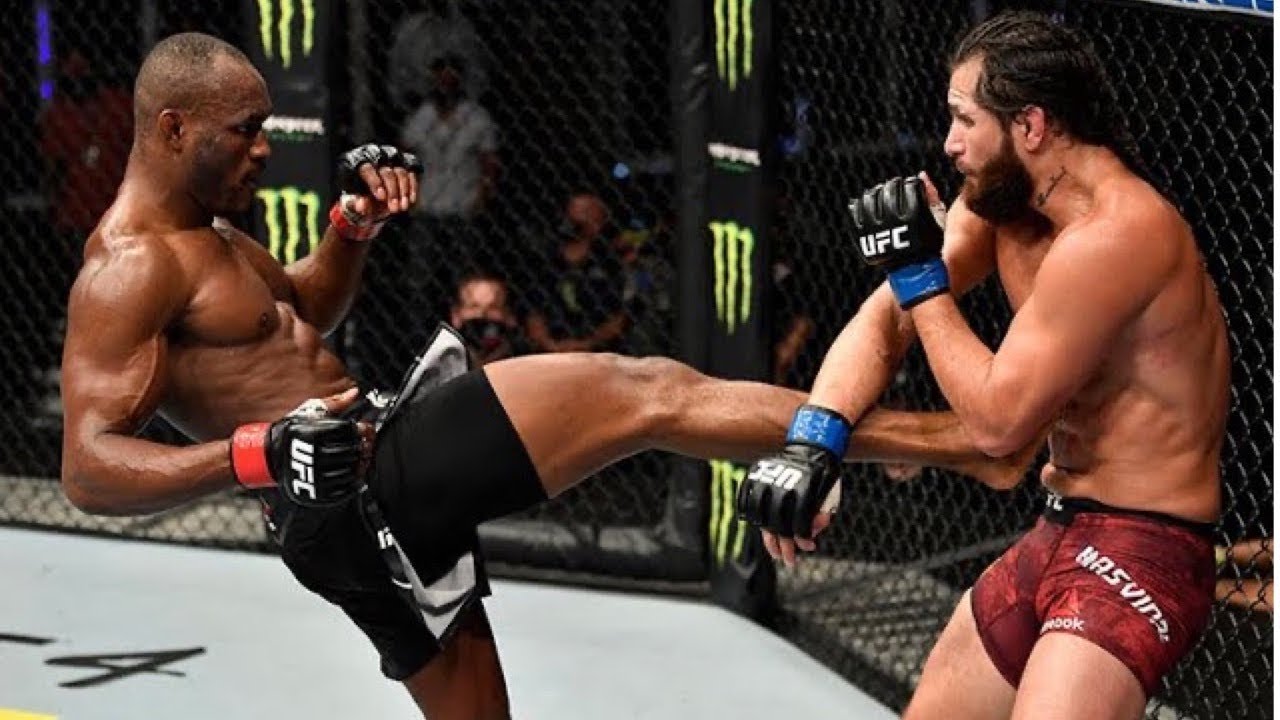 UFC welterweight champion Kamaru Usman is all set to defend his title against BMF titleholder Jorge Masvidal in a rematch at UFC 261 scheduled to take place on April 24 in Jacksonville, Florida.

While it was puzzling for many MMA fans to see this match-up considering Kamaru Usman comfortably defeated him in their first fight at UFC 251 last July at the Fight Island in Abu Dhabi.

However, it also makes business sense for the UFC, as the first fight was a massive PPV success, having sold 1.3 Million buys. While Kamaru Usman very well knows the fight has more interest because of Jorge Masvidal, he also believes that he, himself, is playing a big part in making sure the fight is a commercial success. 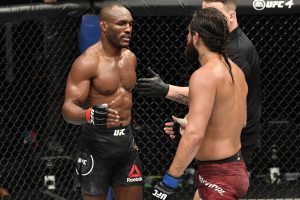 “There’s truth and there’s not truth to that. You can’t say you are the star and that’s who I want to be, that’s wrong, because I have what everyone in the world wants, so you can’t say that,” Kamaru Usman said to ESPN. “Of course, does he bring more eyes right now? Absolutely, I’m a realist, I’ve always been a realist.

“If I look at all the pools of guys I’ve been through all of them, now I’m just lapping them all,” Usman added. “We’re running a race right now and I’m lapping everybody right now. He’s the first guy, so he’s dead last right now, the first guy I’m about to lap. I’m lapping him.

“You know, does he bring a little bit more eyes? Absolutely. I don’t take that away from him, I’m proud of everything he has done, absolutely proud of him,” Usman continued. “Respect in that aspect. Let’s be honest, I have what everyone wants. It’s green panty night when you fight me. He’s not getting the pay-per-views on his own, he has to fight me.”

Who do you guys think wins in a rematch between Kamaru Usman and Jorge Masvidal? Let us know in the comment section below.

Previous articleRobert Whittaker says he will too much for Kelvin Gastelum, expects second round stoppage
Next articleGreg Hardy calls for a fight against Tai Tuivasa at UFC 264