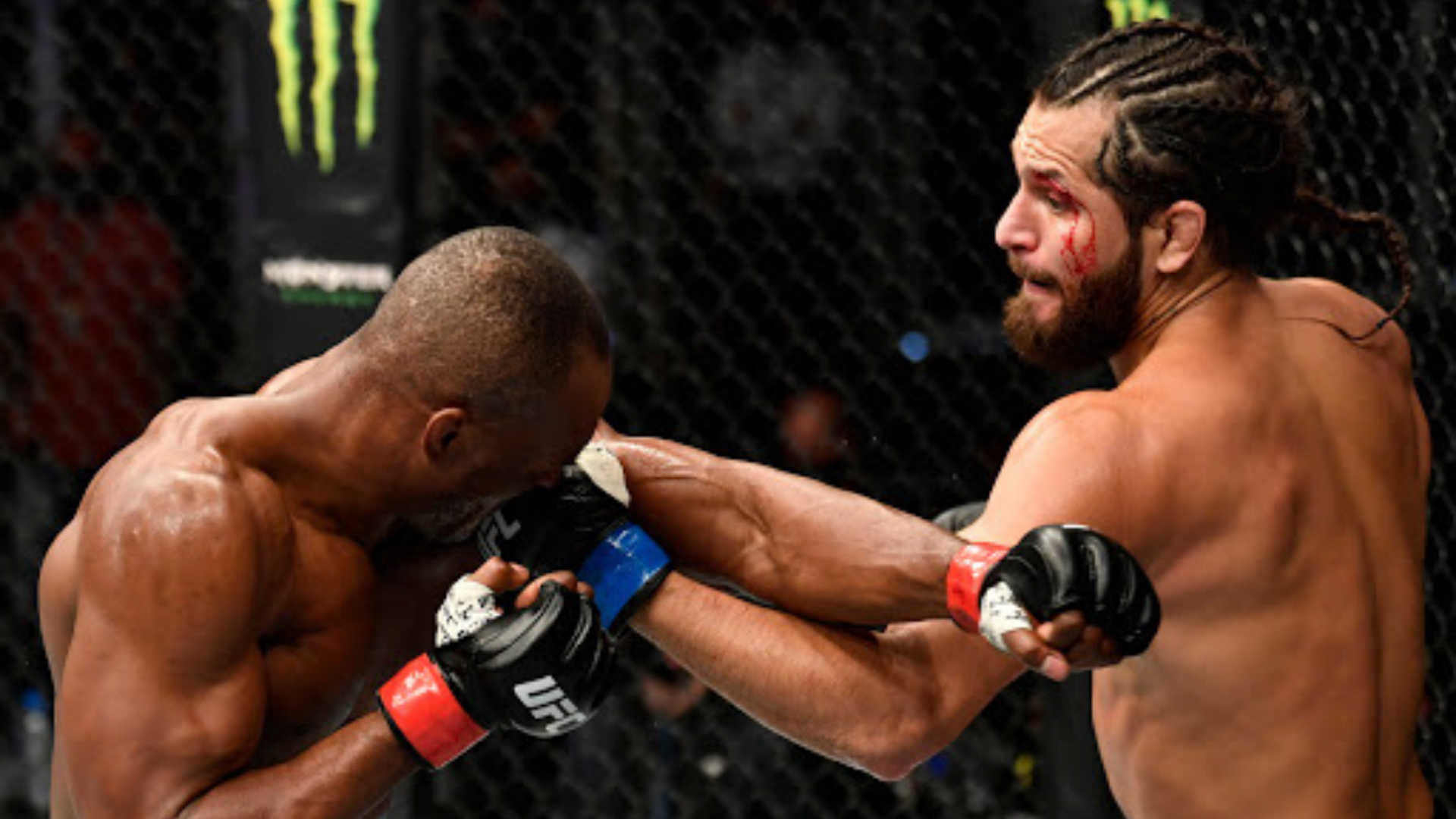 UFC 251 was a great night for the Nigerian Nightmare Kamaru Usman, as he defended his Welterweight belt against the BMF Jorge Masvidal. After 25 minutes of pure violence, the champion won the bout via unanimous decision, thereby successfully defending his belt twice. Both fighters took tremendous damage to their bodies, subjecting them to suspensions. Surprisingly, Kamaru Usman faces a suspension of 180 days due to a possible broken nose. However, he will be allowed to fight if he can get a clearance through a nasal X-ray. His opponent, Masvidal, on the other hand, faces only a 30-day suspension due to a forehead laceration.

This comes as no surprise given that Kamaru Usman was trying to clinch Masvidal to the cage the whole time, while Masvidal was trying his best to keep the fight on the feet by doing what he does best, throw punches!

At the end of the fight, both fighters agreed to run it back. Masvidal said he only needed 15 days to recover and get right back at it! However, after the suspensions, we are not sure when we will get to see these two in the octagon again.

Here is the list of all the fighters on the card, and their duration of suspension:

Jose Aldo – suspended for 45 days due to TKO

Alexander Volkanovski – suspended for 30 days due to hard bout

Max Holloway – suspended for 30 days due to hard bout

Petr Yan – suspended for 30 days due to hard bout

Rose Namajunas – suspended for 30 days due to hard bout

All other fighters on the card have been mandatorily suspended for 7 days.

Kamaru Usman will defend his belt against Gilbert Burns next, as per Dana White

UFC President Dana White dismissed all rumours of Jorge Masvidal getting an immediate rematch against Usman for the belt, this time with a full camp. Masvidal aside, there is a lot of confusion as to who gets the title shot next, with Leon Edwards and Gilbert Burns going back and forth. Dana White put an end to the discussion in a press conference, where he said Gilbert Burns is next.

Burns has gone through another COVID test, passing which he will be eligible to take up fights. If Usman can cut down his suspension by clearing a nasal X-ray, and Burns tests negative for COVID, we will not have to wait longer to see if Durrinho Burns can take that belt from the Nigerian Nightmare.

Who do you think Leon Edwards should fight next?

- Advertisement -
Previous articleUFC Fight Night: Figueiredo vs. Benavidez 2
Next articleJorge Masvidal opens the checkbook to Teddy Atlas after inspirational speech: ‘How much to have you in my corner?’