UFC welterweight champion Kamaru Usman after defending his title for the fifth time at UFC 268 against Colby Covington in their rematch has shown interest in a trilogy fight between them. The pair first fought at UFC 245 where Usman won by TKO in the 5th round. Now at UFC 268 Usman again defeated Colby this time by unanimous decision. After the fight, the arch-rivals showed respect to each other and buried their hatchet by hugging out. In the post-fight press conference, Kamaru Usman talked about the respect shared between him and Colby and also said that he is open for a third fight. 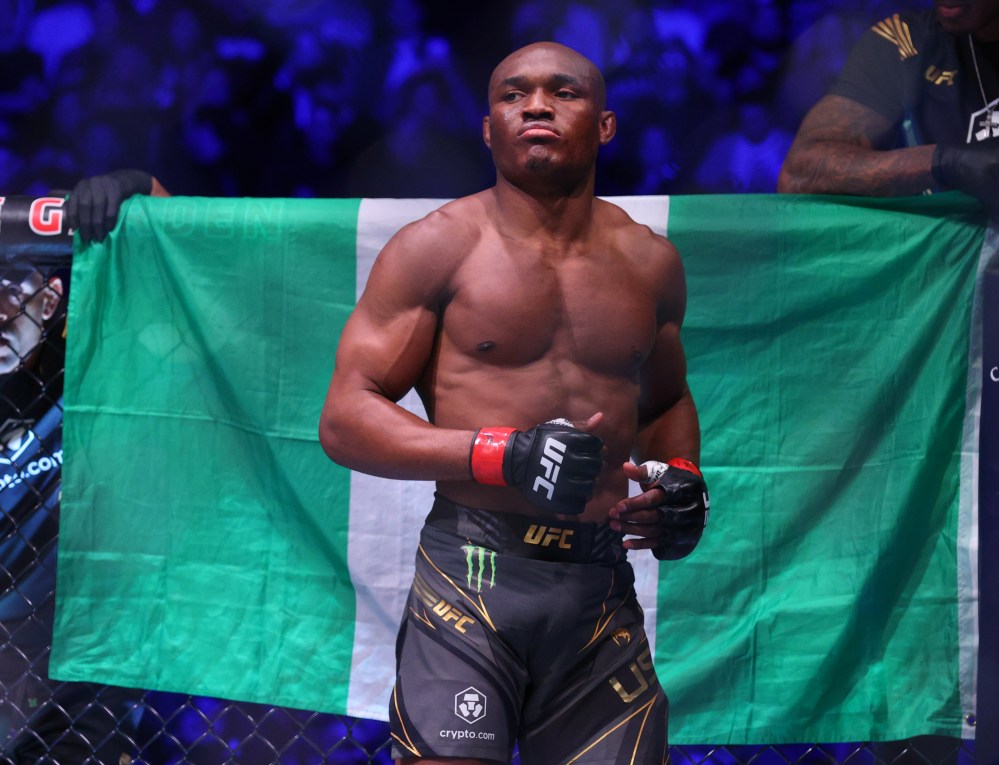 “I’m not surprised,” Usman said about Covington paying him respect after the fight. “We’ve shared pretty much an hour with each other inside that cage. I don’t care who you are, there’s a mutual respect that just comes alive. It’s the spirit of competition. The spirit of martial arts. “It’s just two competitors. We went to war. We spent almost an hour together inside that cage. I’ll leave [what was said] between me and him.”

Kamaru Usman talked about his performance at UFC 268 and the knockdowns he scored against Colby in the second round of the fight. 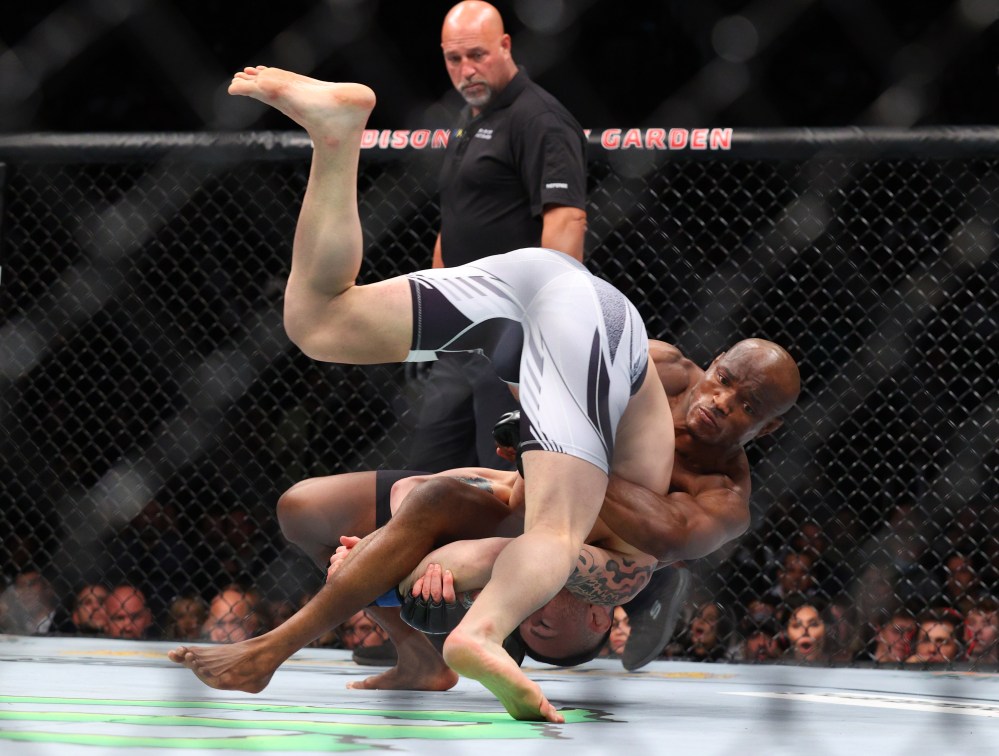 “It’s very, very hard not to get crazy when you hurt someone like that,” Usman said about his knockdown. “But I know he did his homework. He went to a good team. Those guys at MMA Masters are good coaches and they prepared him well. He stayed very poised and very controlled. That’s why he didn’t try to get crazy cause I would have found the shot and put him away. Like I said, as a competitor, I respect him. That’s the next best guy in the division.”

“It didn’t surprise me [he was able to comeback]. He’s a great competitor. I know this. We both knew that. It didn’t surprise me. That’s why I had to stay poised, just listen to my coaches cause I really wanted to get him out of there. Once I start feeling like a giant in there, I’m like a tank and I want to just get him out of there. But I understand in this game it’s about using your mental cause we’re both physically adequate and we’re prepared. I stayed composed and got the job done.” 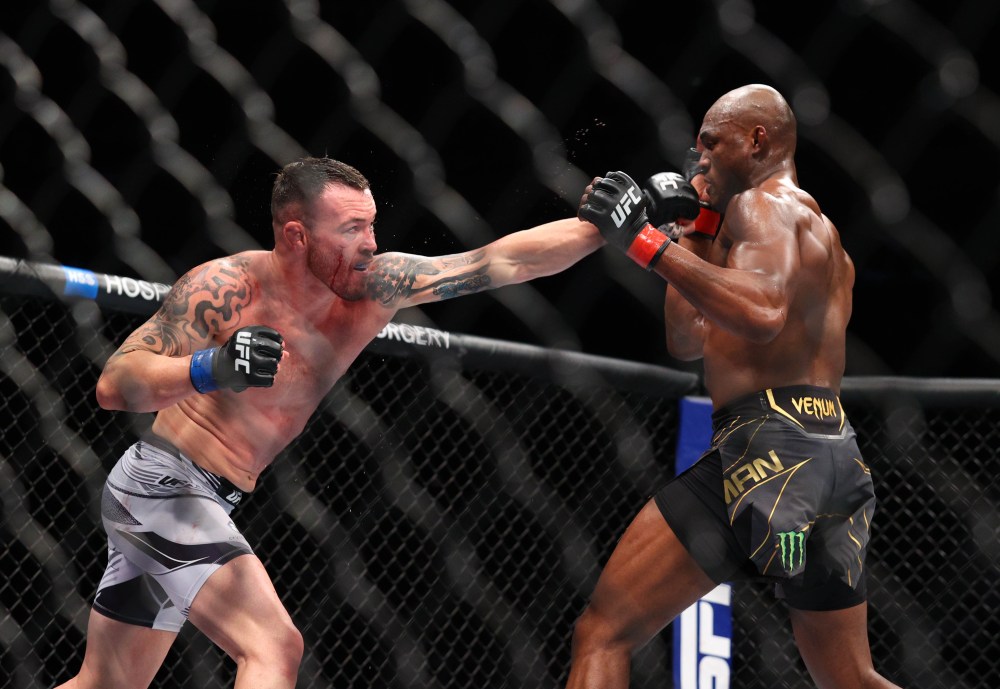 “No disappointment,” Usman said. “This guy’s tough as nails. This guy’s very, very tough. Let’s be honest, [Muhammad] Ali needed a [Joe] Frazier. All these guys, you can be the great one but there’s always going to be that one guy that’s going to be able to push you and he is that guy.

“As much of him outside the octagon that most people don’t like, myself included, you have to respect him as a competitor.” 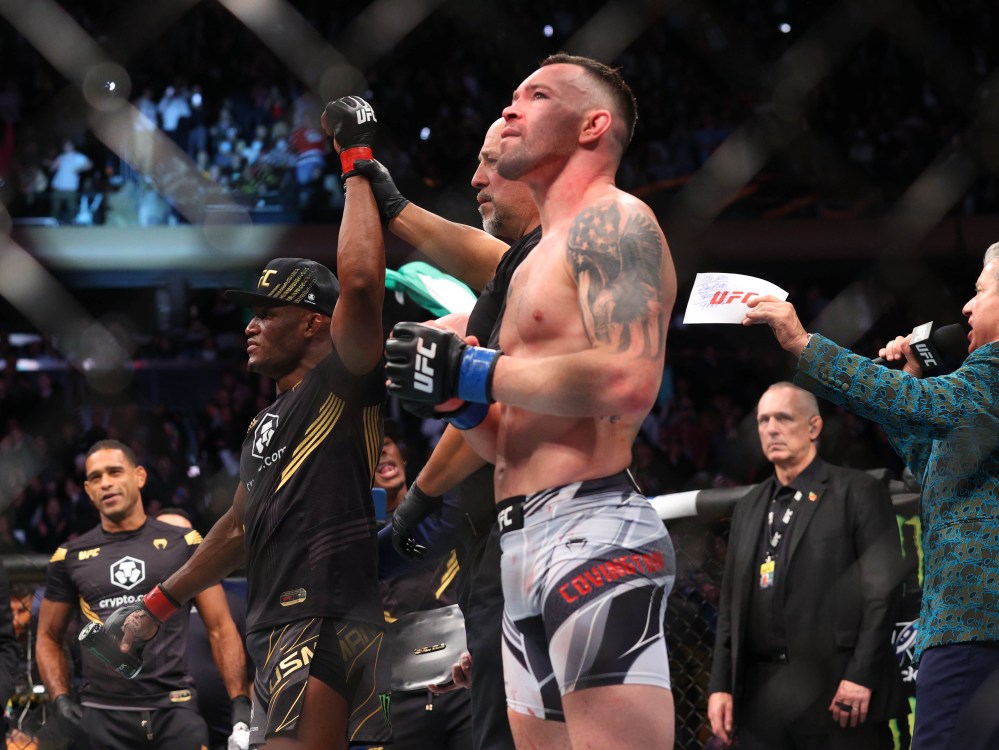 UFC welterweight champion Kamaru Usman after spending nearly 10 rounds with Colby Covington still has a championship mindset and is open to fighting Colby for the third time.

“That guy’s tough,” Usman said. “He’ll tune up a lot of guys in the division. We’ll see. It’s up to him. If he’s willing to do the work and get back up here and if I’m still here, then we’ll make it happen.” (H/T- MMAfighting.com)