Kamaru Usman reveals that his father was unfairly incarcerated; plans represent all immigrants against Colby Covington 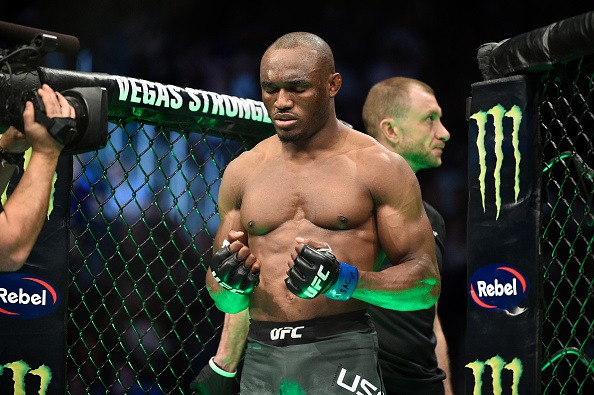 Kamaru Usman is one of the top fighters of his generation, and he proved that when he became the UFC Welterweight Champion by defeating Tyron Woodley. Usman was recently on the Joe Rogan podcast, where he talked about his family, and his real-life feud with Colby Covington.

During the podcast, Kamaru Usman revealed that his father had been incarcerated unfairly in 2009. He called the justice system ‘crooked’ and ‘backwards’. He said that while he was thankful for the opportunities, his father had been a successful businessman and as an immigrant, others did not look kindly on it. Others took advantage of his ignorance, and as a result, he got incarcerated.

There has been ‘heat’ between Kamaru Usman and Colby Covington for a couple of years now. To Usman, defeating Covington would be a symbolic victory over the issues plaguing foreigners in America.

“The fact you can come here and have someone do your nails, have someone clean your house, someone wash your car, someone do all this for you, is part of what makes America so great. One of the greatest nations in the world. The fact they want to build a wall, they want to keep these people out, ‘you can’t come here, you can’t bring your culture.’ It saddens me and it upsets me. Its part of when this fight happens, this fight represents for me, because I feel like this is the attitude this young man has. He’s entitled to, ‘I should be UFC champ, you’re a soy boy, you can’t handle me boy.'”

He went on to say that till now, he had never been in a malicious fight, but when he was going to face Colby Covington, his elbows would have more ‘oomph’ on it.

It will be a while before Usman can return to fighting, as currently, he is healing up after surgery.