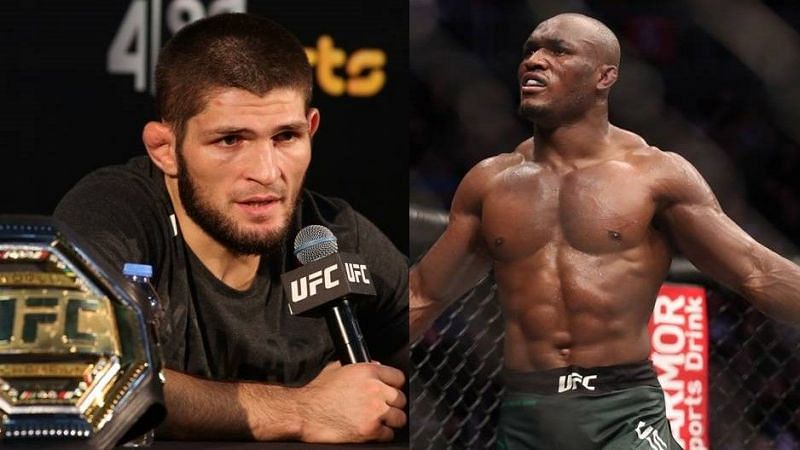 UFC welterweight champion Kamaru Usman knocked out Jorge Masvidal last weekend at UFC 261 to rise to No.2 position in the UFC’s pound for pound rankings just below Jon Jones.

Not long away, former UFC lightweight champion Khabib Nurmagomedov used to rule the pound-for-pound charts. With his win last weekend, Kamaru Usman has improved his professional record to 19-1-0 and he is currently riding on a 14-fight winning streak. He has cleaned out the division and is scheduled to fight Colby Covington in a rematch.

The ‘Nigerian Nightmare’ has already defeated Colby Covington at UFC 245 via fifth-round TKO back in December of 2019. 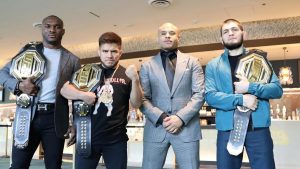 In a recent interview with TMZ, Kamaru Usman revealed that a fight with former lightweight champion Khabib Nurmagomedov would be the biggest fight in the history of the UFC, however, he is unsure if that fight will ever come to fruition.

“It absoluely would be the biggest fight in UFC history. But the problem is, it wouldn’t happen. That’s just hypothetical. I’ve lost faith in this one as well. I think you have more of a chance of making Kamaru Usman and Georges St-Pierre happen before Kamaru Usman and Khabib Nurmagomedov. That one just won’t happen,” Kamaru Usman said.

“I don’t think there’s a lot of people in this line saying, ‘We want this guy.’ There’s not a lot of people. More power to Georges. Georges is doing wonderful things, amazing things. I’m impressed, I’m so happy for him. Right now, I’m just blessed to be in this time and to really be maximizing my potential and taking it in full stride. I’m blessed and I’m thankful, but these guys need to worry, because if you give me adequate time, these guys will be hurt.” (h/t –  BJPenn.com)

Khabib Nurmagomedov retired from MMA following a second-round submission victory over former interim lightweight champion Justin Gaethje at UFC 254, which took place last October. He retired from the sport after promising his mother that he would never step inside the cage without his father. His father passed away last year following complications with Covid-19.