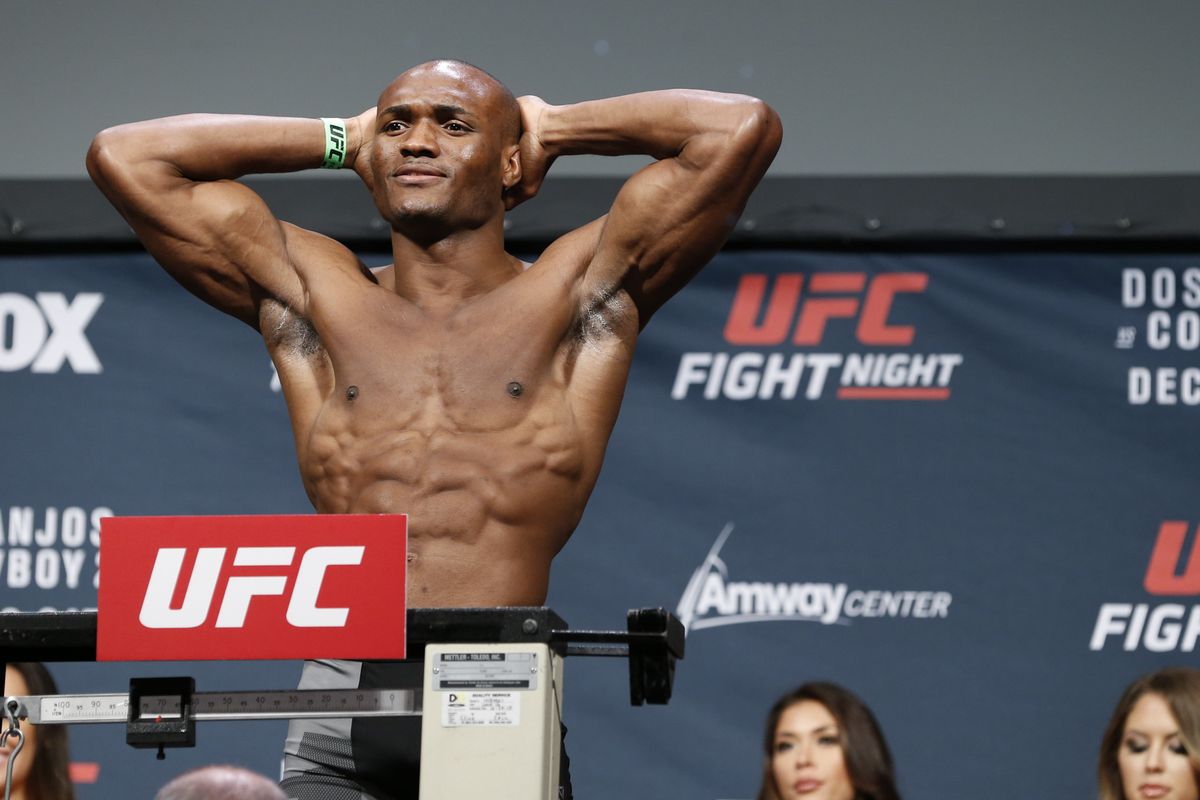 The UFC is a place, where respect between fighters is always good to see. Kamaru Usman, and title-holder, Tyron Woodley, may not always see eye to eye, but Usman respects Woodley and is thankful to be fighting him. According to Usman, Woodley is giving him the chance, that he himself never got from Georges St-Pierre.

For the longest time in his career, GSP ruled the Welterweight Division and was considered to be the greatest ‘pound-for-pound’ fighter.

In his UFC career, Tyron Woodley is now on a 7-fight undefeated streak in the UFC, including 4 times that he defended the title. However, he will never be able to stake his claim to being the greatest UFC Welterweight of all time, as GSP has now retired. A fight between the two will thus never happen, meaning that Woodley will not able to establish himself as the best fighter.

Woodley is thus, maybe without his own choice, offering Usman the chance to stake his own claim. Kamaru Usman is one of the top up-and-coming fighters in the UFC, and if he is able to defeat Tyron Woodley when the two meet, it is going to be an immense moment for him.

Usman has already made plans to be an ‘active champion’, but before that he will have to do what 7 others have failed to do before him — defeat Tyron Woodley.