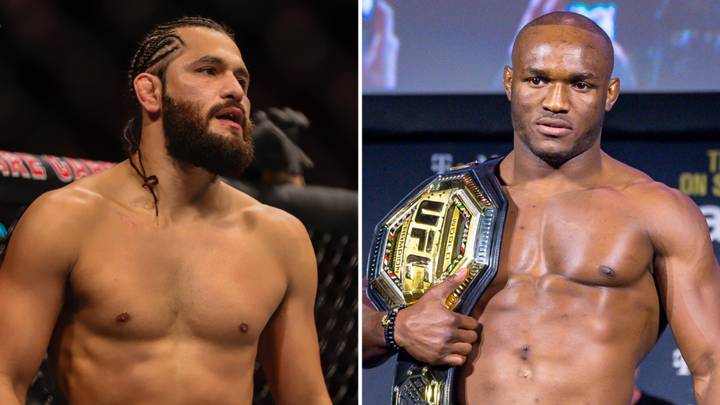 Kamaru Usman and Jorge Masvidal have had a breakthrough year in 2019. While Usman managed to capture the welterweight title, Masvidal delivered the fastest KO in UFC history.

Both fighters are now a big name in the welterweight division, so for the UFC, it should be easy for them to make this fight happen. However, Usman believes that Masvidal doesn’t want to fight him. 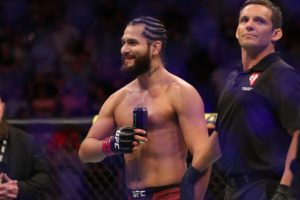 Kamaru Usman took to twitter and called Masvidal a bum and a journeyman.

“For all you real fans out there that know what’s up @GamebredFighter is doing everything possible to avoid taking this L. @danawhite has spoken so STFU and take this ass whooping like the journeyman you are and then you can go fight Conor. #OnceaBumalwaysaBum,” Kamaru Usman tweeted.

Masvidal has called out for a fight against former UFC featherweight and lightweight champion Conor McGregor. However, he made it clear during his appearance on Ariel Helwani Show, that he is leaning more towards fighting Usman and the Irishmen.

In the meantime, Usman is recovering from an injury, so it’s highly unlikely that Masvidal would wait around for Usman to recover.

Conor McGregor is coming off of a 40-second KO win over Donald Cerrone at UFC 246 last weekend. The fight took place at the welterweight division and McGregor made it clear during the post-fight interview that he is feeling more comfortable at 170lbs.

“That’d be good too, if Conor wanted to do that,” Masvidal said when asked if he would fight McGregor for the interim title. “One of these guys is going to scrap with me. I’m leaning, right now, towards Usman, the way he’s been talking s**t. If Conor wants to get it done, it won’t be hard to get it done, but I’m not going to sit here and entertain bulls**t and stuff, you know? I just want to scrap.”

He also said that Conor McGregor has different plans regarding who he wants to fight next.

“It’s not that I’m not impressed,” Masvidal said of McGregor. “He has different plans. I’m not trying to ruin his plans, either. He’s got his own plans and things he wants to do… Go and get them done, my brother. I could give a f**k less. I’m going to get money no matter what.” (H/T – BJPenn.com)

Who do you guys want to see Jorge Masvidal fight next? Kamaru Usman or Conor McGregor?

Previous articleJohn Kavanagh wants Justin Gaethje at 170 next for Conor McGregor
Next articleTyson Fury thinks Conor McGregor was ‘doing as well as anybody’ against Floyd Mayweather; open to rematch