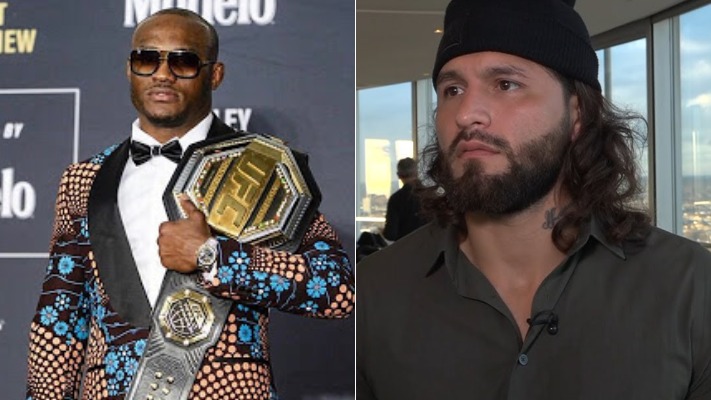 Jorge Masvidal’s popularity is currently at an all-time high following his TKO victory over Nate Diaz at UFC 244 earlier this month which took place at the legendary Madison Square Garden.

The fight was without a doubt one of the biggest of the year and there was also a BMF title on the line for this fight. After his win, Dwayne ‘The Rock’ Johnson wrapped the belt around Masvidal. 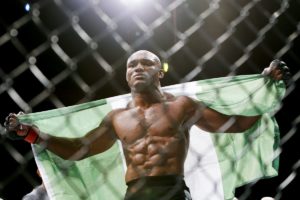 With his recent success inside the Octagon, the number of fighters lining up to fight Masvidal will definitely be increasing. Even the UFC welterweight champion Kamaru Usman said that he would be very much interested in fighting Masvidal. However, Usman believes that Masvidal’s recent success inside the cage is nothing more than a draw of luck and that he isn’t impressed by his fighting style.

“I wouldn’t say [I’ve been] impressed,” Usman said in a recent interview with MMAFighting. “Because it’s Masvidal, nothing’s changed. He’s the same guy. He’s fought the same way forever. It’s just the luck of the draw. He’s getting that luck of the draw. Let’s be honest, Darren Till dropped him in the first round of their fight, and let’s say if he didn’t land that punch [in the second round], how does that fight play out? Had he not landed that knee [against Ben Askren]—and I’m not going to say it’s lucky because he drilled that—how does that fight play out? There’s a lot of questions to be answered.”

“I’ve yet to see him fight a full-on welterweight from start to finish and completely dominate them,” Usman added. “Then at that point, I can say this is a different guy. But I think right now he’s riding the wave, and he’s got the luck of the draw on his side.

“Ultimately, you can’t knock anything that he’s done. I think he’s done a phenomenal job with the opportunity he’s been presented with and he’s ran away with it. I’m happy for him on that end.”

Kamaru Usman is currently scheduled to fight his arch-rival Colby Covington at UFC 244 which will take place at the T-Mobile Arena in Las Vegas next month. He said that if he gets past Colby, he is very much interested in fighting Masvidal.

“He’s got a lot of hype right now, and he’s been in this sport for a long, long time,” he said. “But at the end of the day, does it really matter that you have all that hype if you never get to the pinnacle of the sport? I like the fact that that he has all this hype. It brings a lot of eyes. So if he does make it to me and that fight is made, I would actually be very, very interested in that.” (H/T – MMAFighting.com)

Who do you guys think wins between Masvidal and Usman if they fought?