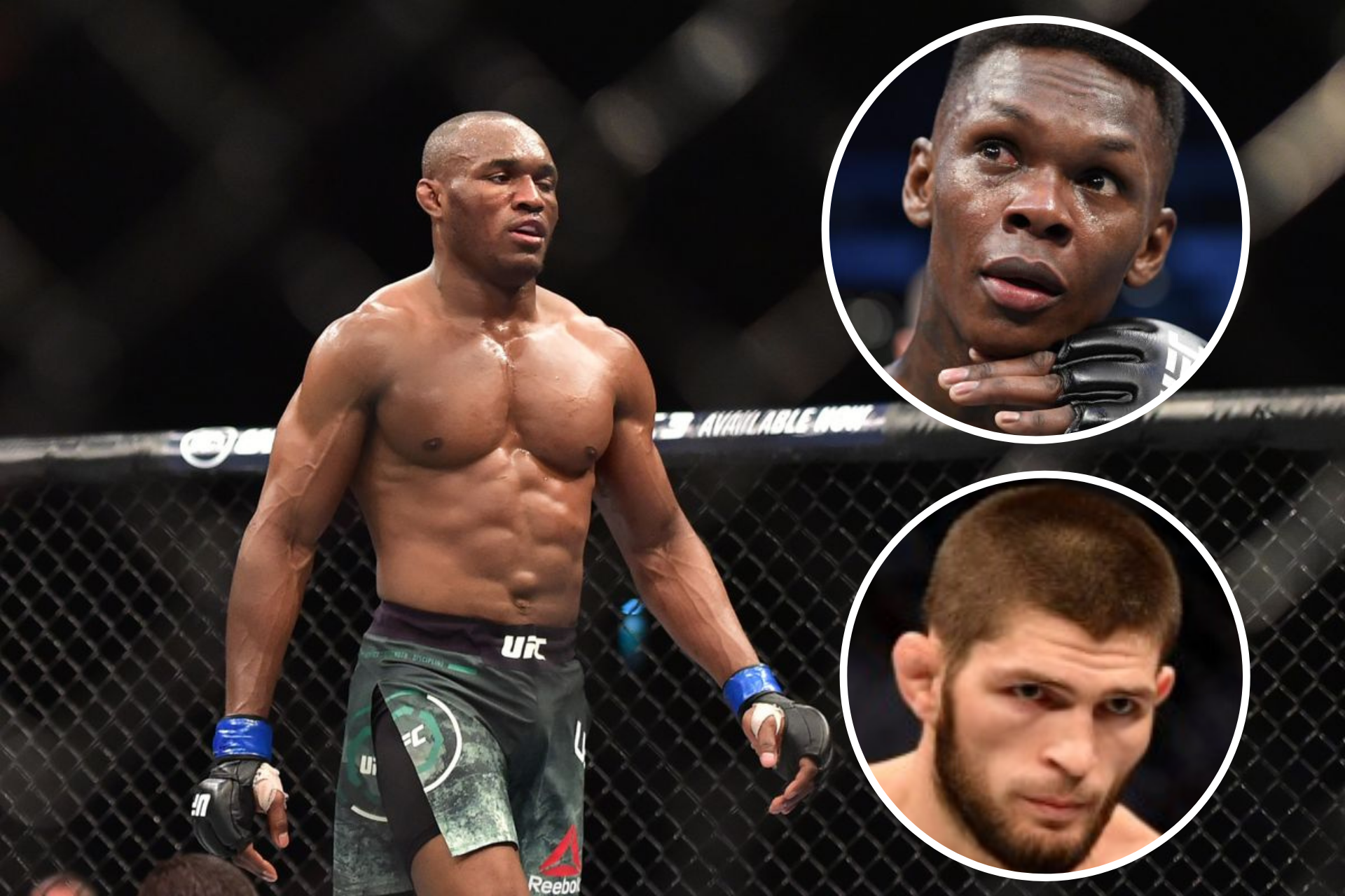 Kamaru Usman had a terrific 2019. He defeated Tyron Woodley last March to become  welterweight champion and then defended it against Colby Covington at UFC 245.

Baring few welterweights, the Nigerian born welterweight champion has defeated almost every top UFC fighter in his division. He is riding on an 11-fight winning streak in the UFC.

Throughout his run, in the UFC he has beaten Leon Edwards, Demian Maia, Rafael Dos Anjos, Woodley, Covington etc. Therefore the only top fighter at 170lbs who he hasn’t fought is Jorge Masvidal. 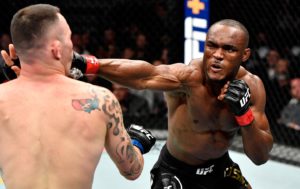 That is to say, if he does beat Masvidal, he would have fought every top fighter in the division. This has fans wondering if he would be open to the idea of imploring fights in the neighbourhood divisions.

However, Kamaru Usman has no plans of fighting either fighter, he revealed in a recent appearance on JRE.

Israel Adesanya is Usman’s countryman. They both spent early years of their lives in Nigeria. On the other hand, Usman and Khabib are under the same management. Ali Abdelaziz of Dominance MMA manages both Usman and Khabib Nurmagomedov.

In addition, there have also been talks about Conor McGregor fighting Kamaru Usman. The Irishmen has repeatedly said that he is interested in taking on Usman for the welterweight title.

However, Usman has declined any interest in fighting McGregor as according to him the fight wouldn’t be fair and will be a serious mismatch.

“It is a [mismatch],” Usman told MMA Fighting in an interview. “More power to him, anything is possible. A fight is a fight, anything can happen. But just being real, that’s a tremendous mismatch. I think I would hurt him really, really bad.”

“I mean we saw what Khabib [Nurmagomedov] did to him,” he said. “He had to take some time off after the Khabib fight,” Usman said. “Now imagine him fighting me. I don’t think we ever see him back in the sport.”

“Conor doesn’t even really make sense,” Usman said. “Sure, if he comes in the division and beats someone pretty high up there and really makes the case for himself that he can really handle himself in the division, then absolutely I would entertain that fight.”

Do you guys agree with Kamaru Usman?