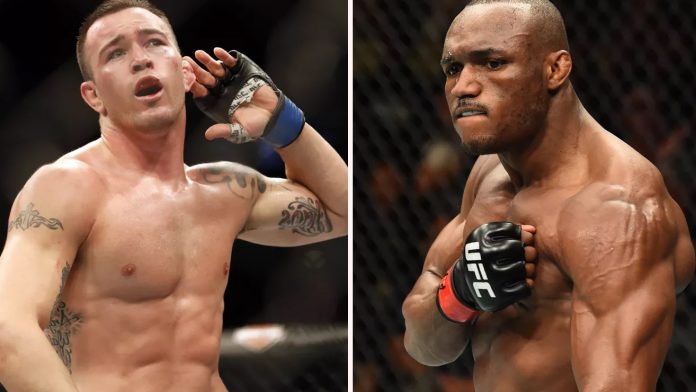 It’s no secret that UFC Welterweight contender Kamaru Usman doesn’t like Colby Covington and has made it clear in the past when he said he had malicious intent for him. Usman has said in the past that Covington is the only fighter he bears a grudge against due to all the failed attempts to get a fight with him.

Kamaru Usman talked about possible opponents after he showed up to UFC 228 as an alternative to the Woodley vs Till fight if they missed weight. And there is one man, in particular, Colby Covington, that Usman would like to put his hands on. 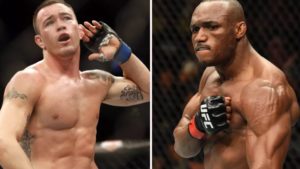 “Four times I’ve been offered that fight and he said no. They tried to make that fight again for Nov. 30th. They offered me the fight and I said, ‘Absolutely, I will wait for that fight’. They actually offered me RDA for that main event in Brazil that Glover [Teixeira] and Jimi Manuwa just got announced on. I said, ‘Yes, I’m ready, I’ll take the fight’, but he said he was dealing with something…he turned it down or he wasn’t ready to fight,” Usman said.

“[Covington] talked for a long time about how he wanted a title fight. But then they give him a title fight — Sept. 8 that’s your event — but he comes out and says he’s not ready. You’re not the champ, you’re the interim guy. You’re just a placeholder. The champ is ready to go. He gave you an opportunity and you turned it down, so they went with the next guy, they went with Darren Till.

Although the possibility of Tyron fighting Usman is minimal, as he might end up fighting Covington, but it looks like there’s a rivalry brewing between Usman and Covington.

Previous articleTyron Woodley’s mother consoles and hugs Darren Till backstage in a heartwarming moment
Next articleUFC: Jessica Andrade wants to end 2018 by knocking out Rose Namajumas