Katlyn Chookagian calls out Nicco Montano, wonders if she is still a fighter 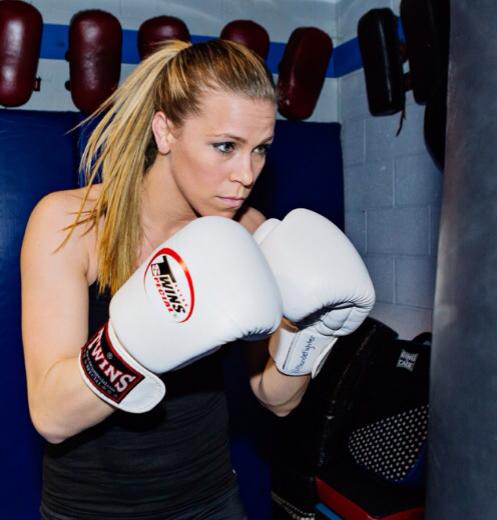 Katlyn Chookagian took a dig at  Nicco Montano on social media Twitter this  Monday.She took a dig about Nicco Montano’s inability to compete over a year inside the octagon  in which she has to vacate her flyweight  title belt for not fighting Valentina Shevchenko due to health issues.

Chookagian is currently ranked 3 in the UFC women’s flyweight rankings and last fought Jessica Eye on December 8 at the UFC 231 card where she lost via a close split decision.She was on a 3 fight winning streak before that and had fought veterans like Liz Carmouche and Alexis Davis.She is currently 4-2 in her UFC record and it looks like that she would be pretty interested to welcome Montano back to the cage on her return.

The former flyweight champion Montano last fought on December 2017 against Roxanne Modafferi in which she became the first inaugural women’s flyweight champion.From that time,the journey for Montano has been on downhill.She was scheduled to face Shevchenko at UFC 228 but became ill due to the effects of weight cutting and was transported to the hospital even before the weigh-ins.

The following dig by Chookagian could play an important role on creating a rivalry if Montano comes back and gets scheduled to fight Chookagian in the octagon.

Previous articleUFC: Anthony Smith gets real and unloads on ‘arrogant’ Luke Rockhold
Next articleUFC: GSP’s coach picks against Conor McGregor in Max Holloway rematch and the Irishman burns him on Twitter