Kelvin Gastelum explains rationale behind Darren Till fight at UFC 244 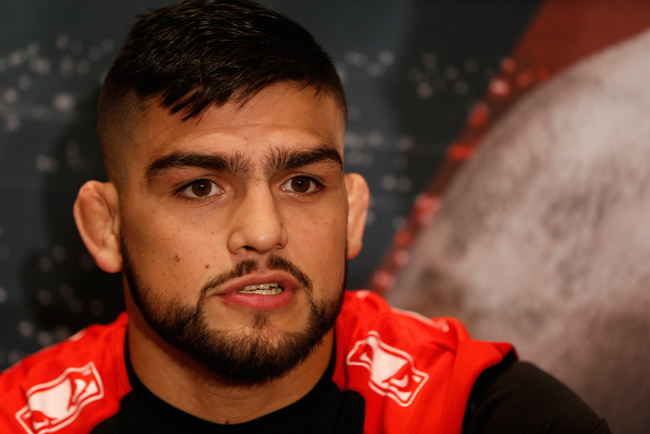 Kelvin Gastelum is all set to fight former welterweight title challenger from the United Kingdom, Darren Till on November 2 at UFC 244 which is scheduled to take place at the Madison Square Garden in New York City.

Although UFC matchmakers and Dana White were under fire from fans for making this fight considering, Till is coming off of two back to back losses against Jorge Masvidal and Tyron Woodley. 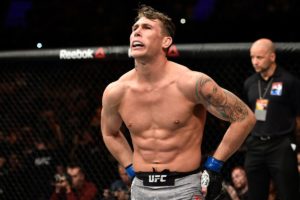 Kelvin Gastelum was also averse to taking the fight against Till as it did absolutely nothing for him and was questioning himself if fighting Till was worth it.

“At first thought, I was like, ‘I don’t know if it’s worth it for me to accept this kind of fight because he is coming off a two-fight losing streak,’” Gastelum told MMA Junkie in a recent interview. “I feel like I’m still in title contention, and I feel like I should get one of those top guys. But I want to fight in Madison Square Garden.”

Gastelum believes he is in contention for a title shot even if he lost to Israel Adesanya at UFC 236 via a close decision. It was one of the best fights of the year.

“I put a lot of thought on who my opponent is and why I’m fighting him, and will it get me to the title shot – will it get me closer to where I want to go,” Gastelum said. “I definitely asked those questions, and none of them applied to Darren Till. I don’t think if I win – it’s not going to get me a title shot. It’s not getting me closer. But I just think I need to go out there and make a statement against a guy like Darren Till because of my last performance. I want to go out there, I want to show that I’m still hungry, I’m still in contention, and I’m still one of the best guys around at this weight class.”

Gastelum said that he isn’t going to go mano-a-mano with Till as he did with Israel Adesanya and rather wants a short fight.

“I’m expecting a short fight,” Gastelum said. “I’m not trying to go and have another war. I’m going to work hard to try so I can be able to put this guy away.” (H/T – MMAJunkie.com)

Previous articleDana White puts an end to BJ Penn’s UFC career
Next articleKhabib to GSP: Come to lightweight to fight me