Kelvin Gastelum fires back strongly at Conor McGregor: ‘He’s a leper spreading his seed all over Ireland!’ 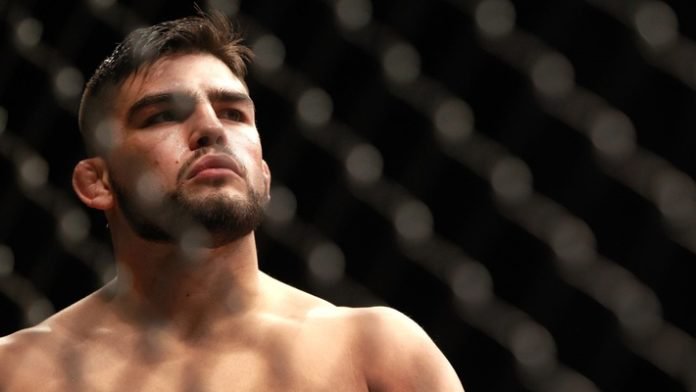 Conor McGregor is someone who is quite capable of sparking a few tempers with his words and it looks like he has done it again. This time, it is Kelvin Gastelum who was irked by McGregor’s words. After UFC 234, Kelvin Gastelum was disappointed, as instead of fighting in the main event he was forced to watch from the sidelines. His opponent Robert Whittaker was forced to back out of the fight at the last minute due to a debilitating and potentially fatal hernia and collapsed bowel.

While Gastelum received sympathy for his situation, he brought controversy on himself by taking the Middleweight Championship and declaring himself Champion. Of many fighters and fans to express their disapproval, Conor McGregor was certainly among them. He called him a ‘worm’ for holding the 185 pound, and said that it had been ludicrous to even consider allowing him to compete.

Why is that worm holding the 185lb belt? There are worms crawling on his skin! It was absolutely ludicrous to even consider allowing him to compete. Let alone now walk around the arena shaking our fans hands.
Someone sort this, this instant. And sterilize that belt.
Immediately.

Gastelum was not ready to take such an insult lying down and he returned the favour by insulting Conor McGregor. He said that McGregor was a ‘leper’ and that he was spreading ‘disease’ all over Ireland.

“Oh my god, you want to talk about a leper? A guy that’s full of disease that’s spreading disease all over Ireland? That’s Conor McGregor. He’s spreading his seed all over Ireland, impregnating ladies and not claiming them. That dude’s a leper. Forget him.”

While it is unlikely the two will ever meet in the Octagon, McGregor is serving his six month suspension, following which he will return to the Octagon.