Kelvin Gastelum on his belt stunt at UFC 234: I got boos, applause and some people calling me a ‘wan*er’ 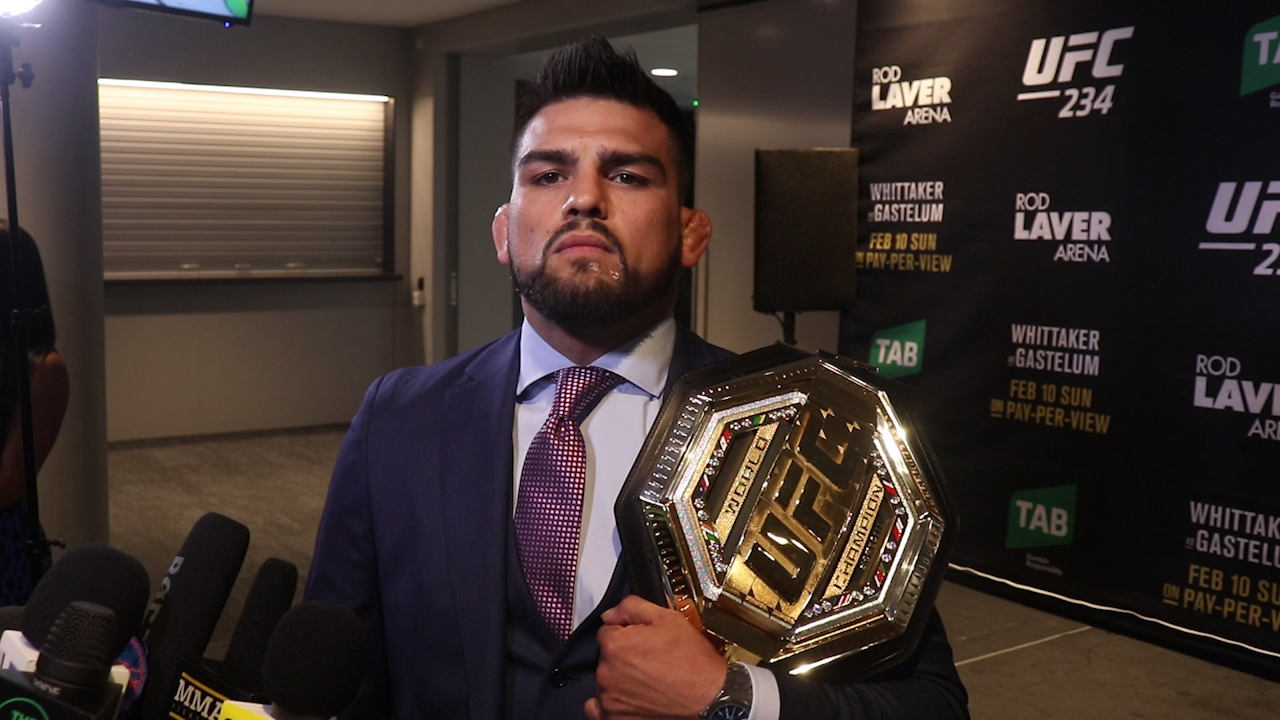 In less than a week, Kelvin Gastelum is all set to fight top Kiwi middleweight contender Israel Adesanya at UFC 236 for the interim UFC middleweight title in Atlanta on April 13 2019. This is a very important fight for Gastelum who missed out on an opportunity to fight for the title two months back when Robert Whittaker pulled out because of a hernia in his stomach. 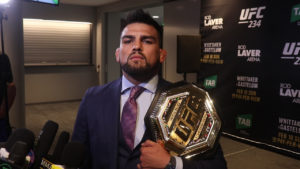 Gastelum ended up not fighting on the card but he paraded around the Arena with Henry Cejudo’s UFC belt and told everyone that he considers himself as the true champion.

“When it happened, you kind of just sit around and dwell on the fact that you’re not going to fight, and this opportunity was missed,” Gastelum recently told MMA Junkie. “So I’m not kind of one to dwell on things like that too much. So a couple hours passed, and I was just kind of like, ‘Where do we go from here? What’s the next step?’”

“It only seems fair to rebook the fight as soon as possible with Rob,” Gastelum said. “But we knew that wasn’t going to happen, so we felt like an interim belt was coming, and sure enough, I got the offer to fight Adesanya in April, and I took it.”

Although Kelvin Gastelum admitted that he had a lot of fun wearing Henry Cejudo’s title around the Rod Lavar Arena in Melbourne.

Brave 23: Lazzez says Eldarov is ‘an elite wrestler, not an elite fighter’

Previous article
Brave 23: Lazzez says Eldarov is ‘an elite wrestler, not an elite fighter’
Next article
Everything you need to know about the upcoming UFC Seasonal Press Conference
- Advertisement -