Watch: Did Kelvin Gastelum sneakily rest his elbow on the man standing behind him to make 185 limit? 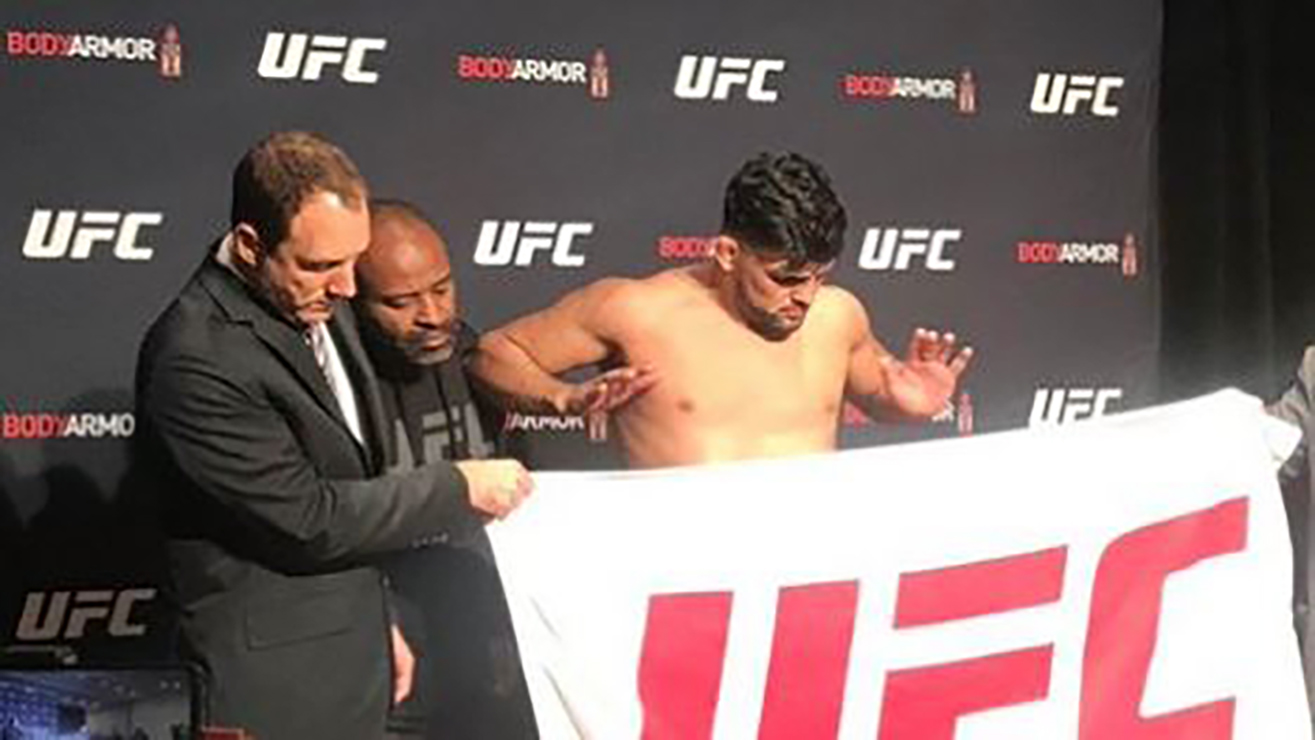 Gastelum started his career as a welterweight. He had decent performances however did have some weight cutting issues which eventually led to a middleweight move. That being said, as a former welterweight, making middleweight definitely should have been of relative easy for Gastelum. However that does not seem to be the case as a controversy seems to have been unraveled at the UFC 244 early weigh-ins. 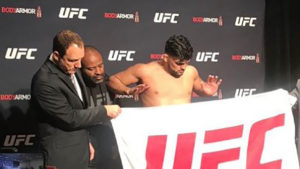 Gastelum needed a towel to make the middleweight limit however it is speculated that he slightly rested his elbow on his coach’s shoulder as that would make him a bit light as he weighed in at 184 pounds. Nothing can be set in stone as to whether Gastelum really got some assistance, however the video surfaced is raising some eyebrows of doubt amongst the MMA community. Gastelum in the fifth vlog of ‘UFC Embedded’ claimed he was only seven pounds over which shouldn’t have been a big deal. (via YouTube):

Gastelum has been associated with another similar event two years ago when he fought former champion Michael Bisping. Even though he made the 186 pound limit fair and square after removing his shorts, some speculations of towel grabbing can be seen as it makes a person weigh lighter. The act came into light when it was used by former double champ Daniel Cormier unknowingly. Below you can see Gastelum’s weigh in from 2 years ago. (via YouTube):

Gastelum has been on a tear since moving to middleweight with an impressive record of 4-2 which includes a 25 minute war with current champ Israel Adesanya. Gastelum has dropped every opponent in his six middleweight bouts.