Kelvin Gastelum’s new year resolution is something all of us should read! 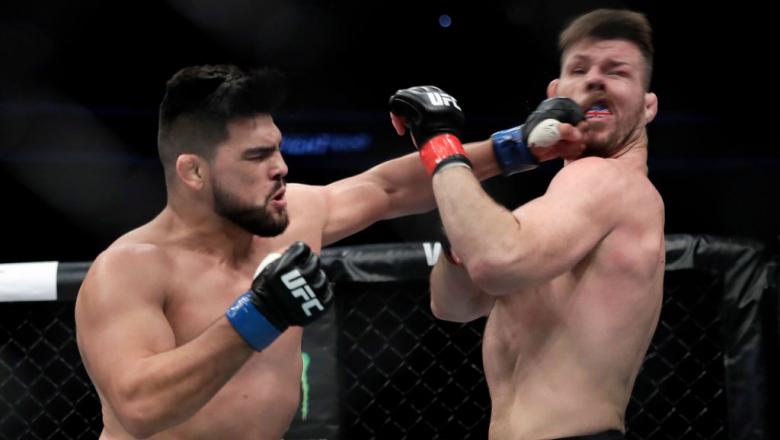 This year in February at UFC 234, UFC middleweight champion Robert Whittaker will defend his title against Kelvin Gastelum at Rod Laver Arena in Melbourne, Australia.

Kelvin had an excellent 2018, he outpointed Ronaldo “Jacare” Souza to get into title contention. Ex-champion Chris Weidman also was in the running, but it was Gastelum who won out and he plans to use this opportunity to his fullest.

He took to Facebook to post his New Year’s resolution and this is something all of us should read.

“1st training of the year done.
The new year is a perfect way to start or change something you’ve been wanting to for a long time. I Personally dislike how people are saying “new year resolutions are dumb”. Forget those people. These are the people that can’t follow through with what they said 3 weeks into the New year!
I got one on my New Years resolution list. And that’s to just be better! To speak better, to have better manners and to help for the better. And to be a better human being overall.
Too many times we lose focus, trying to juggle everything that life throws at you but get lost in that storm.
Life is hard, no ones perfect, and if you want to succeed, you’ve just got to be better! Better in different aspects of your life. Relationships, Finances, daily obligations, struggles, plans for the future and adapting to change. Along with trying to become a better individual, a better person, a better planner, a better friend, a better fighter, a better athlete, a better spouse or partner! A better daughter or son. Let’s plan to just be better!
We are all of the same, so let’s help each other! We are all of the #Human #Kind. So let’s be both! – KG”

What do you guys think about Kelvin Gastelum’s post?

UFC: Robert Whittaker ridicules Kevin Gastelum’s claim that he has been in too many wars