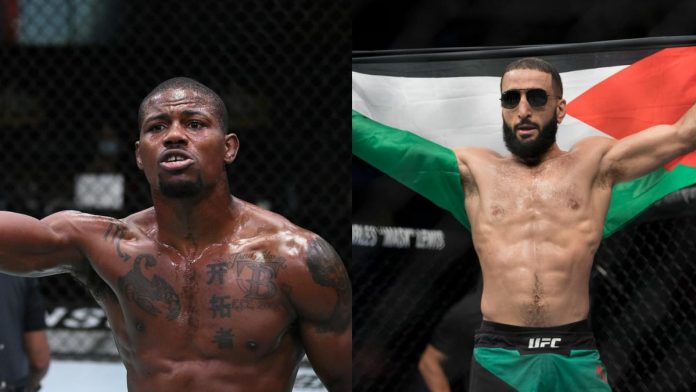 Kevin Holland is ready to go down to 170lbs after losing to Derek Brunson in a five-round fight last weekend at the UFC Apex in Las Vegas.

Kevin Holland’s five fight winning streak came to an end after Derek Brunson defeated him in a one-sided fight. Holland was unable to stop the takedowns and Brunson had a field day with him inside the cage.

Following the loss, Kevin Holland said that he was going to work with a nutritionist and go down to 170lbs.

“Honestly, I’d like to get a nutritionist and try 170,” Kevin Holland said on the ESPN post-fight show. “Those boys are heavy in there at 85. It’s nothing I just can’t deal with. It’s just something that when you fight for 25 minutes, you think about that type of stuff.

“So if I could try a 70 fight, that would be awesome. Belal kept mentioning my name getting ready for this fight, and I kept commenting on his little stuff. Belal [Muhammad is] coming off an eyepoke, I’m coming off a loss. We wanted to fight before. Why not do it now?”

Kevin Holland overthought inside the Octagon

This was Kevin Holland’s first ever five-round fight and he was overthinking inside the cage and he should have stepped in the gas right from the beginning.

“So I think I was just overthinking it. And then the last two rounds, I was like, oh crap, this ain’t that bad. I probably should have pushed it from the beginning, but sh*t, props to Brunson.” (H/T – MMAFighting)