One of the rising UFC prospects Kevin Holland has got a tough assignment for himself as he will be facing UFC veteran Alex Oliveira at UFC 272. Kevin Holland made the fight announcement of his Only fans account on Monday. UFC 272 will take place on March 5, 2022, at the T-Mobile Arena in Paradise, Nevada, part of the Las Vegas Metropolitan Area, United States. The card was supposed to be headlined by the much-anticipated featherweight match-up between the champion Alexander Volkanovski and the former champ Max Holloway, but Max has pulled out of the fight due to an Injury and now UFC is looking for a replacement.

In the co-main event of this card, UFC bantamweight champion Aljamain Sterling will be looking to defend his title against the former champion Petr Yan in a rematch, after their first fight at UFC 259 ended via disqualification. Now an amazing welterweight matchup has been added to this card between rising prospect Kevin Holland and one of the UFC veteran Alex Oliveira.

Kevin Holland cape in the spotlight in the year 2020 when he stacked up an amazing five-fight winning streak. He scored some amazing wins in 2020 including a KO win over Jacare Souza. He then faced a down in 2021 as his weak takedown defense was targeted by his opponents. Kevin is now riding a two-fight losing streak and is 0-2-1 in his last three fights.

Kevin Holland faced Kyle Daukaus on October 2, 2021, at UFC Fight Night 193. Early in the first round, a clash of heads happened, resulting in Holland being knocked unconscious for a few seconds. the fight was restarted but Holland was submitted via rear-naked choke moments later. After checking the footage of the head-clash the decision was changed to no-contest. 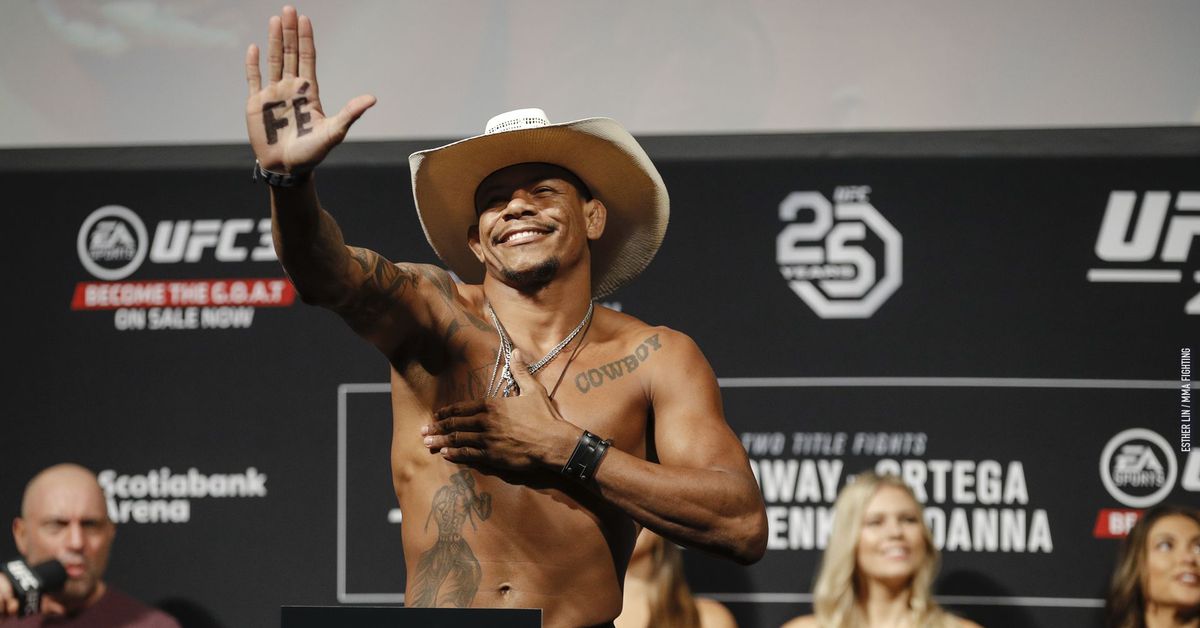 Alex Oliveira is a Brazilian veteran who actively competes in the Welterweight division of the UFC. He is facing a rough patch in his UFC career decently as he is on a three-fight losing streak and is looking forward to getting a win desperately. In his last fight, he fought Niko Price on October 2, 2021, at UFC Fight Night 193. He lost the fight via unanimous decision.

Both Holland and Oliveira will be coming to the fight with a point to prove and get a win no matter what.

Previous articleHolly Holm says she wants to fight at bantamweight up next: It makes more sense
Next articleMiesha Tate vs Lauren Murphy targeted for UFC event on May 13