Kevin Lee eyes Anthony Pettis at UFC 229, says he will show up to fight with or without opponent 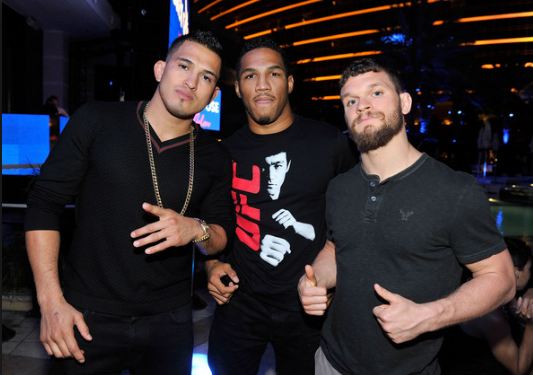 According to reports by ESPN, Kevin Lee wants to fight Anthony Pettis in the UFC 229 under card headlined with the Lightweight title fight between division champion Khabib Nurmagomedov and Conor McGregor.

Kevin Lee, later told Ariel Helwani on the MMA Show that, he will be ready and willing to step in should either one of them not make it to the fight.

Had breakfast with Kevin Lee (@MoTownPhenom) this morning in Vegas. He told me he's asked the UFC to pair him with Anthony Pettis (@Showtimepettis) at UFC 229 on Oct. 6. He'll be on @arielhelwani's show later today to discuss this and more.

Kevin Lee stated that, If  “Showtime” not accept his challenge, he plans to show up to UFC 229 ready to fight last minute. “I’m the best lightweight out there, for sure,” Lee said. “Not only that, but I’m getting better and better. I’m constantly looking to improve myself. That’s why I’ve even stayed out of the media for bit, I’ve been working on my skills. Whatever the UFC decides, I’m going to be ready to go on Oct. 6, ready to make that weight, even if they don’t find me an opponent.”