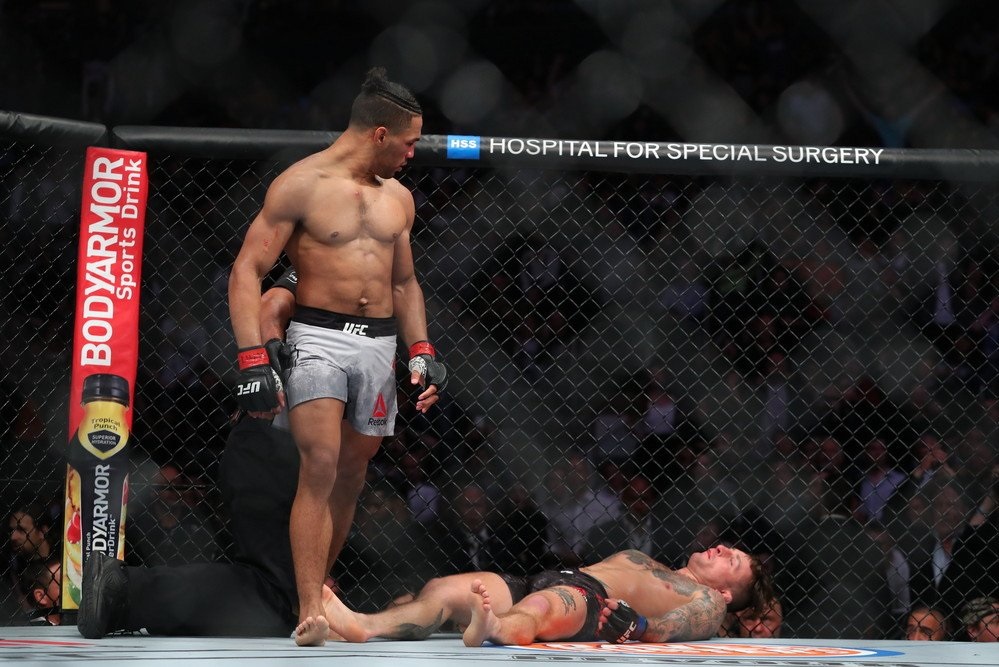 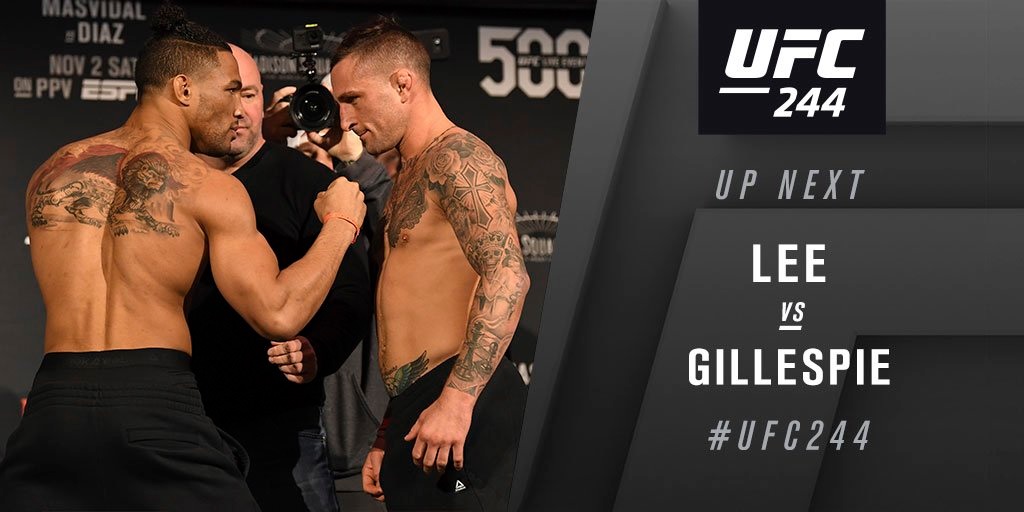 Kicking off the main card is a vital lightweight fight between the former title contender Kevin Lee (17-5) and the undefeated rising sensation Gregor Gillespie (13-0). Kevin Lee has his back against the cage after losing two straight fights and going 2-3 in his last five fights. Gillespie since his 2016 UFC debut has picked up six straight wins and now has a chance to make a splash against a big name like Lee.

They start the action right away without even touching gloves. Lee gets into a low stance to avoid any take downs from Gillespie. They both trade jabs and Gillespie shoots for a takedown, but Lee stuff it with ease. Gillespie resorts to striking and lands a perfectly timed uppercut that stuns Lee. The fight quickly turns into a boxing match with both of them landing crisp jabs and right hands. Lee is displaying some damage under his nose and eye but continues to fire at Gillespie. A head kick from Lee misses. The action gets heated up and its still just the first round. Gillespie gets right back to throwing some more jabs. Lee slips and throws his over hand right that connects and tilts Gillespie’s head to the right where Lee’s brutal left head kick is waiting. As it connects Gillespie’s lights go out in an instant as he drops against the cage at 2:47 secs. ‘The Motown Phenom’ becomes the first fighter to ever defeat Gillespie and gets back to the winning column.