Kevin Lee on Poirier vs Gaethje,” It wasn’t a championship level fight” 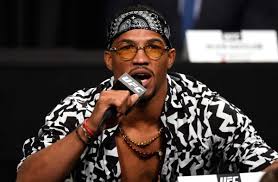 The Dustin Poirier vs Justin Gaethje fight which happened last weekend at UFC on Fox 29 was a four round battle which ended in a brutal stoppage win for Poirier. The main event fight featured both fighters going back and forth in an all out war which also resulted in a concussion for Gaethje and Poirier’s leg being badly bruised.

One person who is not impressed by their performance is the former Interim title challenger Kevin Lee. Kevin who is fighting Edson Barboza this weekend in the main event at UFC Atlantic City agreed on the fact that it was a fun fight but does not believe Poirier and Gaethje deserve to be in contention for the title.

“I seen it,” Lee said. “I know Poirier was calling for a title fight and all this but I don’t know, it just seems like those dudes are in a different category. Can you really look at it and say Poirier’s a championship-level fighter? I just don’t see it. He looked good. He did good versus Gaethje, it was an exciting fight, I think he should go out and look for more exciting fights, but it didn’t really seem like a championship-level fight to me to be honest.”

On Poirier matching up with Khabib

The ‘Motown Phenom’ does not believe Dustin Poirier matches up well with Khabib. “He’s just going to go out there and get taken down by Khabib, he’s going to fight just like anybody else will fight Khabib or fight some of these top guys. I just don’t see too much from his style except exciting fights. I think him and Eddie, him and Gaethje again, something like that. He makes exciting fights, he should go out there and keep doing that, but leave the real fighting and the real championship-level s**t to the other guys.”

Kevin Lee while accepting that Justin Gaethje’s style of all out fighting makes him very entertaining to watch, he cannot see himself applying the same philosophy towards the fight game. “Both of them, they seem like they’ve got a different type of mindset,” Lee said. “(Gaethje)’s out there just putting on fun fights, which if that’s what you’re doing it’s cool – if that’s what he wants to do, it’s his brain, it’s his body, it’s his health, it’s up to him what he want to do with it. It seems like he’s just okay with just being that and just going out there and getting his brain beat in so I can’t tell a man what to do. The man is grown.”