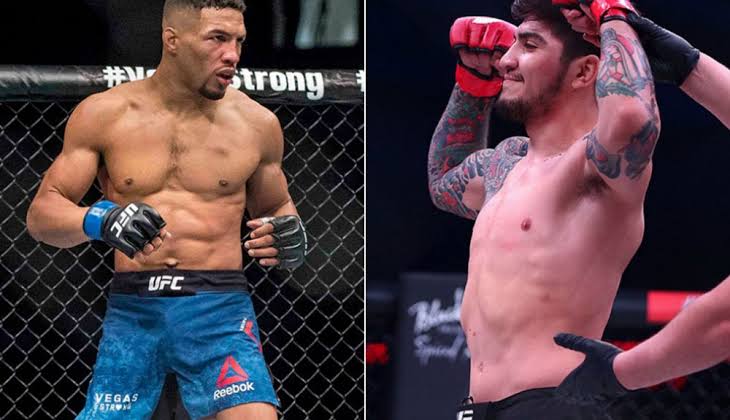 After his last disappointing outing with Al Iaquinta, Kevin Lee isn’t looking for an easy way out of things. And that does include a grappling match up with Conor McGregor’s jiu jitsu coach, Dillon Danis.

“The Motown Phenom” was challenged by Danis to a grappling contest a few months back. The fight was supposed to be streamed live on Instagram with the winner taking away 100 Grands as the prize money. However, nothing official was made regarding the same other than a few twitter call outs between the two in question.

While Lee made an appearance on Ariel Helwani’s MMA show, he was asked about the same by Helwani to which he replied, ” I became uninterested to be honest with you. I’m looking for a bigger challenge.”

The @MoTownPhenom v @dillondanis grappling match coulda been a thing but then Lee lost interest in it, he says. “It’s Dillon Danis. It’s pretty easy work, if I want it.” pic.twitter.com/8rdxuCG5iu

In his last visit to the Octagon on 16th December last year, Lee dropped a unanimous decision to Al Iaquinta. The duo had previously squared off in 2015 but the result of the fight remained the same even back then.

“Especially after that last fight. How the judges kinda stole that one from me. That’s been my only focus. Getting that right and getting that back. Dillon…..I mean…it’s out there to be held. But it’s kinda like if I got a free weekend I’ll come out and do it. Its not something that I’m gonna put my energy towards.”

With both Lee and Danis having larger than life personalities, sparks are bound to flare when they both come in contact.

Previous articleUFC: Khabib’s father invites ‘dear guest’ Conor McGregor to Dagestan – says that he has completely forgiven him
Next articleDC ‘excited as a fan’ to see vintage Cain Velasquez back in action against Francis Ngannou